With Xi Jinping being unanimously re-elected as the president of China and chairman of the Central Military Commission on Saturday, and Vladimir Putin winning a new term as president of Russia on Sunday, world attention has again shifted to the two countries. Xi Jinping was already re-elected the general secretary of the Communist Party of China Central Committee in October.

Under the leadership of the Party with Xi as the core, China will steadily embark on the road to realize the "two centenary goals"－of building a moderately prosperous country by 2020 and a modern socialist country by 2050－and Russia led by Putin is expected to bring Russian people more economic benefits and confidence.

Putin was re-elected amid unprecedented challenges, given that Russia has been facing rigorous sanctions from Western countries such as the United States, the United Kingdom, Germany and France. Attempts were even made to thwart Russia's election so as to drive Putin out of power and replace him with someone who would work for the interests of the US-led Western world. In this sense, Putin's victory is not just his personal victory, but also the victory of Russia and the Russian people.

The leaders of China and Russia congratulated each other for being re-elected presidents of their respective countries.

The Sino-Russian strategic partnership is in its best historical period, and has been playing a vital role in building a new type of international relations featuring mutual respect, fairness, justice, win-win cooperation and a community of shared future for humankind.

Since Putin took office in Russia, the two countries have signed the Sino-Russian treaty of good-neighborliness and friendly cooperation in 2001 and issued a joint statement on deepening their partnership of comprehensive strategic cooperation.

As Sino-Russian relations enter a new era, mutual cooperation and support have deepened in political, economic, scientific and technological, security and cultural fields, as well as on international and regional affairs. And, as Premier Li Keqiang said on Tuesday, there is still huge potential for further development of Sino-Russian ties.

The expanding cooperation between China and Russia in recent years, including their joint efforts to build large-scale oil and gas cooperation, participation in the construction of a Eurasian high-speed transport corridor, endeavors to create and develop the Shanghai Cooperation Organization, and their BRICS membership and efforts to dovetail China's Belt and Road Initiative with the "Eurasian Economic Union", have elevated bilateral ties to a new level, while facilitating their economic development, contributing to regional and global peace and stability, and bringing their peoples tangible benefits.

The Sino-Russian partnership has set a good example for countries with different social systems to seek consensuses, build joint security mechanisms and establish mutually beneficial cooperation. From a strategic and long-term perspective, the two countries' leaders have built a new type of state-to-state relations. The two countries have also maintained regular meeting mechanisms between their heads of state and government, and regular exchanges between their parliaments, political parties and other departments and agencies, which have played a crucial role in promoting bilateral cooperation in various fields.

Since fully taking office in 2013, President Xi has met President Putin more than 20 times, exchanging in-depth views on bilateral and international issues of common interest and reaching broad consensuses. The close relations between the two heads of state have strengthened the Sino-Russian partnership of comprehensive strategic cooperation.

The profound changes in overall international and regional situations, the various complex and intertwined contradictions, and the increasing destabilizing factors will create both opportunities and challenges for Sino-Russian relations in the coming years.

As permanent members of the UN Security Council that play a key role in promoting global stability, strategic balance, fairness and justice, China and Russia therefore should further strengthen bilateral communication and coordination, work more closely together, and join hands with other countries to create a world free from war, and build a new type of international relations and a community of shared future for humankind.

The author is a senior consultant of Pangoal Institution and former vice minister of the International Department, Central Committee of the Communist Party of China. 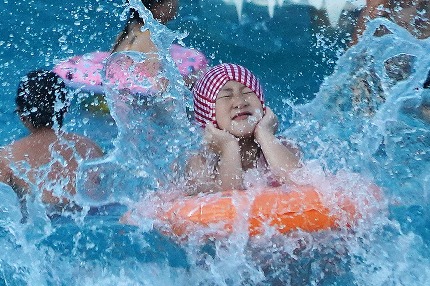 Ten photos from across China: July 31 - Aug 6
Most Viewed in 24 Hours
Forum trends

What's behind US' TikTok ban: From readers

Is it time to regulate foreign teachers' behavior?
Columnists +

US war on Chinese tech a global protection racket

US' actions will lead to its isolation
China Views