US, China can forge a more cooperative relationship 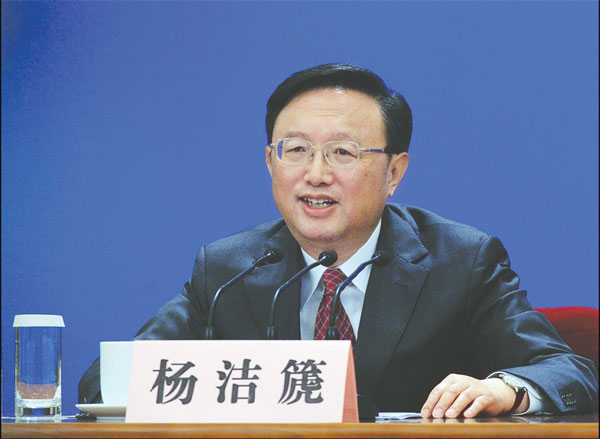 In early June, President Xi Jinping and President Barack Obama had eight hours of no-necktie meetings in California in which they outlined their vision of China and the United States working together to create a new model of the major-country relationship.

In the more than 40 years since China and the United States reengaged, their interests have become increasingly interwoven. Today, there is a flight between China and the United States every 24 minutes, and about 10,000 people are traveling across the Pacific every day. About 194,000 Chinese students are studying in the United States, and there are 26,000 American students in China. Our two economies account for one-third of the global economy, our two peoples one-fourth of the world population and our trade volume one-fifth of the global total.

Chinese-US cooperation has delivered real benefit to our peoples. Inexpensive and quality Chinese goods have proved popular with American consumers. The vast Chinese market offers great opportunities to American companies. In 2012, nearly 70 percent of the US companies operating in China made profits, according to a survey of its members by the American Chamber of Commerce in the People's Republic of China, and 40 percent of them reported higher profit margins in China than their global average. The more than 1,500 McDonald's outlets in China have outperformed other McDonald's outlets in the world. Meanwhile, Chinese investment in the United States has helped boost the US economy. The West Basin Container Terminal of China Shipping in California, for example, has created nearly 10,000 local jobs; some Americans have told me they regard it as the "greenest" port in the world.

Chinese-US cooperation has promoted peace, stability and development in the Asia-Pacific region and beyond. Our two countries have carried out effective coordination and cooperation on a wide range of topics, including regional hot spots such as the Korean nuclear issue and the Iranian nuclear issue. We have coordinated responses to global challenges such as counterterrorism, nonproliferation, climate change, cybersecurity and the international financial crisis, and worked together to promote global economic stability and recovery. All this shows that Chinese-US cooperation is an anchor for world peace and stability.

China is deepening its comprehensive reforms and opening itself up to the world. In the next five years, Chinese overseas investment will reach $500 billion, Chinese imports will exceed $10 trillion and the number of its outbound tourists will surpass 400 million. This will create bright prospects for Chinese-US cooperation. Both countries should seize the opportunity to build on this huge potential.

China is committed to promoting world peace, development and win-win cooperation for all. China's development poses no threat to any other country. Being a major and responsible country, China stands ready to assume greater responsibilities commensurate with its role. China's pursuit of development will undoubtedly expand its mutually beneficial cooperation with the United States and other countries.

As China and the United States differ in their histories, culture, traditions, social systems and stage of development, it is natural that there are differences between our nations. But both countries have ample wisdom to manage their differences and frictions. What is most important is that we follow the course charted by the two presidents, blaze a new trail that is different from the traditional path of conflict and confrontation between great powers, and work together to build a new model of major-country relationship based on mutual respect and win-win cooperation to the benefit of both our two peoples and people across the world.

This week's China-US Strategic and Economic Dialogue is an important platform for conducting high-level communication on long-term, strategic and overarching issues. The main task of the upcoming dialogue, the fifth such meeting, is to implement the extensive agreement reached at the presidents' meeting last month, deepening dialogue and cooperation in various areas, and advancing a new-model major-country relationship. The previous four rounds of dialogue produced more than 340 points of agreement on a range of issues and 11 outcome documents. I believe that, with the joint efforts of both sides, this round will lead to agreement on more issues, produce more concrete outcomes and boost our efforts to open a new chapter in the cross-Pacific cooperation between China and the United States.

The author is a State Councilor of the People's Republic of China.