Doubts, tension and frustration are mounting as a fruitless search for the missing Boeing 777-200 jet operated by Malaysia Airlines enters its fifth day.

The jet, with a total of 239 passengers and crew on board, disappeared somewhere in the vast area of the Andaman Sea, the Malacca Strait and the Gulf of Thailand during the early hours of March 8.

Now, 160 Chinese passengers' families are anxiously waiting for the most heart-wrenching news of their loved ones - are they alive or dead?

However, the question of where the flight had been during the initial minutes that it lost contact with air traffic control but was still in the air now seems to be more of a tactical issue and less of a matter of life or death.

During the past five days, dramatic reports and conflicting messages from rescue crews have been everywhere on social media and TV, which only serve to anger, confuse and upset the families of passengers who are already going through a terrible ordeal. Unofficial rankings of the 10 best and worst airplane companies around the world were viewed and posted by Chinese netizens.

Unlike the case of Asiana Flight 214's crash-landing in San Francisco in July of 2013, Chinese public discussion has quickly shifted away from criticizing the poor public relations performance of the airlines company.

Instead it is turning out to be a larger-scaled public relation crisis for the Malaysia government and even spreading to the multi-nation search effort.

Malaysia has been criticized by the international community for deliberately giving conflicting information on the last known location of the jet, which misled other country's search teams and wasted precious time.

"The Malaysians deserve to be criticized - their handling of this has been atrocious," Ernest Bower, a Southeast Asia specialist at the Center for Strategic and International Studies in Washington, told Reuters on Wednesday.

The report said the Malaysian air force chief, in his remarks on Wednesday, denied saying a day earlier that military radar had tracked MH370 flying over the Strait of Malacca, saying that the radar sighting was still unconfirmed. 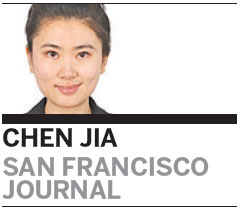 Media organizations that flew reporters to the area overnight are also facing concerns and doubts. Various media outlets have swung between different versions of the flight's course.

The public has seen too many possibilities and too little reporting of facts.

Even if Malaysia Airlines Flight 370 is never found, the rights of the passengers on board will not remain a mystery. Obviously, many foreign aviation law firms will line up their strategies and approach the passengers' families.

Who will bear responsibility? All arrows point to the Montreal Convention, a multilateral treaty which many Chinese first learned about in the aftermath of the Asiana flight tragedy months ago.

The Montreal Convention is a treaty signed by more than 100 countries including the United States. The Convention controls ticketed international travel involving signatory countries.

"Malaysia signed the Montreal Convention in 2008, and China signed in 2005. Passengers that are ticketed to travel between the two countries are therefore ordinarily subject to the Convention. The Convention controls claims against the airline only, and not other possible at-fault parties such as aircraft manufacturers," Robert Hedrick, an aviation accident attorney at Aviation Law Group PS, said in an earlier interview with China Daily. Hedrick is also an adjunct professor at Seattle University School of Law, where he teaches Aviation Accident Law.

"In this difficult and seemingly hopeless time, it is important for them to know their rights and potential next steps," Feng Keke, an attorney for several victims of the Asiana Flight 214 crash, told China Daily on Wednesday.

In the worst unfortunate scenario, thevictims' families will still have rights to pursue their rightswith legal actions, Feng said.

The process may be prolonged, and the compensation may not arrive for years, given the complexity of the case, butit is certain that justice and compensationwill be sought for these families, Feng said.

China, US 'should stress' mutual interests

Search for MH370 may expand to Indian Ocean

US warns Russia of 'serious' steps

Feinstein gives a wake-up on spying