Transactions may reach $471b, overtaking US rival Wal-Mart

The Chinese e-commerce giant Alibaba Group Holding Ltd expects the value of the transactions conducted on its two online shopping arms to hit 3 trillion yuan ($471.6 billion) in the next three to five years, surpassing what Wal-Mart Stores Inc will record during the same period, said a company official.

The two arms, Taobao.com and Tmall.com, together account for more than 70 percent of China's online retail market and have been expanding at a speed that exceeds many people's expectations, Zeng Ming, chief strategy officer of Alibaba Group, said on Wednesday.

"When we established Taobao in 2003, we couldn't imagine that retail sales on it would reach 100 billion yuan in just five years," he said. "Nor could we expect those would hit 1 trillion yuan this year and probably exceed Wal-Mart's global retail sales in the next four years."

Tmall was split from Taobao last year when Alibaba Group decided to have a separate website dedicated to transactions between businesses and customers. That side of its business has been faced with greater competition from 360buy.com, the Internet conglomerate Tencent Holdings Ltd and other rivals.

To give buyers and other participants in e-commerce more opportunities to deal with each other, Alibaba Group is also trying to add social networking services to its online shopping arms.

"That's what we have been doing for the past two years, but that hasn't produced much of a result," Zeng said.

He said the company has no plans to follow in the footsteps of Facebook.com and offer similar social networking services. It had considered doing so but eventually decided to use social networking in the service of e-commerce, Zeng added.

"Interaction among buyers will surely be an important part of e-commerce as many people make purchases in accordance with recommendations made by their friends and relatives," said Hong Bo, a commentator on matters related to information technology.

"However, Alibaba is a means for sellers, and has a seller-oriented culture. That means that developing social networking among buyers may be difficult for it."

The company's decision about social networking is only one step toward fulfilling its ambitions.

Alibaba also recently chose to privatize its business-to-business arm, Alibaba.com Ltd, aiming to shield the company from investors' pressure and better integrate it with other businesses in the group. Alibaba.com Ltd also delisted from the Hong Kong stock exchange on Wednesday.

In May, it regained boardroom control from Yahoo Inc, formerly its biggest shareholder, buying back as much as half of Yahoo's former stake, which amounted to nearly 40 percent of the company.

As part of that deal, incentives that have been offered to encourage Alibaba Group to go public are to come to an end by December 2015. Zeng said there is no set schedule stipulating when the group will seek a listing.

"We will not consider seeking a public listing until we are very clear about our business models, which we are still experimenting with," he said.

Jack Ma, chairman and chief executive officer of Alibaba Group, said earlier this month that the company may sell shares in an initial public offering within five years, adding that it hasn't decided where it will offer them, according to a Bloomberg report. 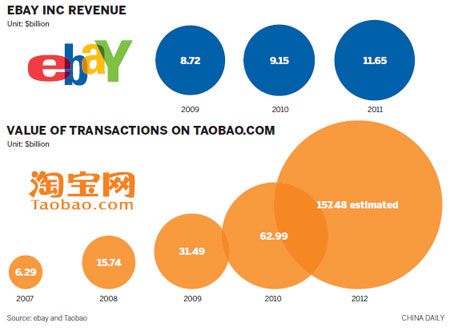