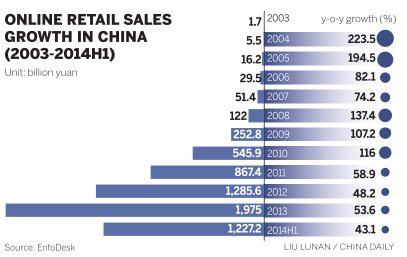 China emerged as a key factor in determining the economic future of the Asia-Pacific region, both for its prospect of domestic structural reform and its relations with the United States over the Free Trade Area of the Asia-Pacific, an annual survey of the region's policy community showed.

In the views of 602 respondents, a mix of regional government officials, academics, business leaders and civil society members, "a slowdown in the Chinese economy" was identified as the top risk to growth by 49 percent of the respondents.

"Lack of political leadership" was identified by 40 percent of respondents, while 39 percent chose "possible failure to implement structural reforms".

The survey, carried out by the Pacific Economic Cooperation Council, a nonprofit organization and an official observer of the APEC, was released on Friday.

"The findings showed what we already know intuitively－we escaped the economic crisis through concerted actions to stimulate growth but concerted actions have been lacking since then. The world badly needs concerted political leadership to implement difficult reforms that will create new engines of growth," said Jusuf Wanandi, co-chair of the PECC.

The survey also asked respondents to name "critical factors" for the future of Asia－Pacific growth and "the success of structural reform in China and more demand-led growth" dominated the answers, followed by "further liberalization of trade and investment."

Even on the issue of "trade and investment liberalization", China is also considered to be a key variable in the realization of FTAAP, an initiative that promises to give new momentum to the region's growth.

Respondents view prospects for integration as depending mostly on cooperation between China and the US, the two largest economies in the region.

Washington now champions the Trans-Pacific Partnership plan. The other competing initiative is the Regional Comprehensive Economic Partnership, which has been promoted by the 10-member Association of Southeast Asian Nations.

The PECC estimates further liberalization through the TPP could add $223 billion and through the RCEP $644 billion by 2025. However, a high quality FTAAP would add $2.4 trillion, or 2.3 percent of world's GDP in 2025.

The expanded TPP is seen as the best pathway to an FTAAP by 46 percent of respondents, while 42 percent favored the RCEP.

The PECC said a number of ways exist to move from the current trade deals being negotiated to an eventual FTAAP. One would be to expand the membership of the TPP or RECP to include all APEC members; another is to begin forming an umbrella group under which members might be expected to converge toward higher standards.

Beyond policy reform and trade, respondents considered "technology innovation" as the top engine of growth in the next 5 to 10 years in order to replace the region's traditional reliance on exports as the primary driver.

Apple hits back at malware in China