In Brooklyn, optimism for Craft beer 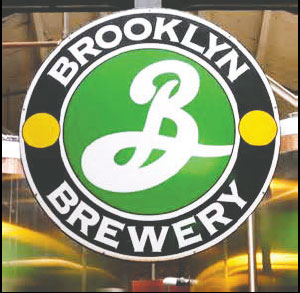 Garrett Oliver fell in love with traditional British beer in 1983 when the beer variety in the US was mostly industrial and bland. Tired of the uninspired beer scene, Oliver began brewing at home, which led to a job as a brewing apprentice in 1989 and eventually his position as brew master at New York's Brooklyn Brewery, home of Brooklyn Lager, which will celebrate its 25th anniversary this year.

Brooklyn Brewery is the largest exporter of American craft beer and distributes in 25 states and 20 countries, including China. Foreign sales make up 20 percent of the privately held company's annual sales of $50 million.

"Brewing is hard, much harder than wine-making," Oliver wrote in an e-mail response to questions from China Daily. "We have the idea first, then we find the ingredients and techniques we need to create the actual beer. Wine has one ingredient - grapes."

Beer, rather than wine, is a much better match for China's many rich regional cuisines, wrote Oliver, who added that he's optimistic about the future of craft beer in China:

"Some people say Chinese people won't take to craft beer. I'm sure they're wrong. Everyone likes things that taste good - they just need a good chance to try some great beer."