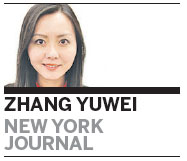 The US International Trade Commission on Monday initiated a patent investigation into a Chinese medical device company and its two US entities, instituting yet another Section 337 probe involving Chinese companies.

The products at issue are systems used in the treatment of sleep-disorder breathing, particularly obstructive sleep apnea, according to the ITC.

The investigation is based on a complaint filed on July 19 by ResMed Corp and ResMed Inc of San Diego, CA, and ResMed Ltd of Bella Vista, Australia, claiming patent infringement and requesting limited exclusion and cease and desist orders, said the commission.

"The ITC has a statutory mandate to investigate unfair acts in the importation of goods and to decide whether to investigate within 30 days of receiving a complaint," said Valenstein.

"This is not a trade remedy case initiated by the US Government and there is no correlation between investigations of patent infringement by private parties and other trade remedy cases, such as antidumping and countervailing duty cases," he added.

Yitai Hu, a partner in the Silicon Valley office of Alston & Bird LLP who litigates intellectual property cases, said that the "unusual" thing about the ITC is that "non-US companies, as long as they qualify as a complainant, may institute a 337 investigation against its competitors worldwide".

The 337 investigation - not the first one into a Chinese firm - is seen by many as a move that sends out a protectionist signal to Chinese businesses in the US market.

But legal experts say that it is valid for international firms to file a complaint if they feel they've been unfairly treated in the industry.

"The investigations handled by the commission often reflect the world economy as evidenced by the fact that more and more USITC investigations are directed at Chinese companies in recent years, coinciding with the rise of China's economy," said Hu. "The medical devices case is but one example."

"In this particular case, the Chinese companies received very favorable results, but the investigation itself cannot be accurately called protectionism because Hitachi Metals is a Japanese company, albeit it claims it is building a manufacturing facility in the US," said Hu.

The investigation does not mean the governmental body ITC has made any decision on the merits of the case. The body, however, will set a target date for completing the investigation within 45 days.

If the complaint is approved, the panel will issue remedial orders, such as a ban on importation of the products in question.

"If the complainant is successful, it is possible that the ResMed entities could obtain an import ban on certain products that are found to infringe on the patents," said Valenstein.

The US has launched several anti-dumping, countervailing and Section 337 investigations against Chinese products so far this year. The Chinese Ministry of Commerce has urged Washington to abide by its commitment against protectionism and help maintain a free and open international trade environment.

In June the ITC conducted a patent infringement investigation into two Chinese telecom companies, Huawei and ZTE, based on a New Hampshire-based FlashPoint Technology complaint in May. Flashpoint alleged that the two Chinese companies had violated Section 337 in the importation into the US and sale of certain mobile phones, tablet computers and other devices that had certain imaging capabilities that infringed on FlashPoint patents.

Shenzhen-based Huawei and ZTE - both have subsidiaries in the US - have faced charges of posing a security threat to US companies and were questioned by policy makers in Washington. In a rare public hearing before members of the House of Representative's intelligence committee in late September, executives from both firms indicated that they don't make many profits off their US operations because of the difficulties imposed by US regulatory bodies.

Some investigations are "routinely" carried out when complaints are filed, which shouldn't be seen as an act of protectionism. However, President Obama recently vetoed a proposed limited exclusion order by the commission against certain Apple products that resulted from an investigation initiated by Korean company Samsung.

"Such a veto is extremely rare in Section 337 cases," noted Hu.

"Many foreign governments and companies saw the veto as naked protectionism of one of the nation's 'crown jewels' in Apple," he added.