Making sure food is safe - and there's enough of it 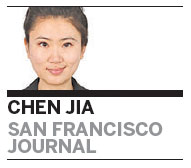 China ranks No 42 out of 107 countries in a recent global survey of which countries are the most and least vulnerable to food insecurity with regards to affordability, availability, and safety and quality.

The ranking comes from the Economist Intelligence Unit (EIU) of the Economist, which released its 2013 Global Food Security Index recently. It covers a total of 107 developing and developed countries around the world.

As for safety and quality - Chinese people's biggest concern - the score is an unexpected high of 65.7, giving it the rank of 43rd, according to the study.

The EIU said this index is a dynamic quantitative and qualitative scoring model, constructed from 27 unique indicators that measure the drivers of food security across both developing and developed countries.

The top 25 percent of the rankings are reserved seats for developed countries, the top three countries being the US, Norway and France, it said.

From October of last year, the index has been updated quarterly due to the impact of changing food prices. A country's score improves if its food prices decrease and goes down if food prices rise. Vulnerable countries are hurt the most by rising prices.

Based on more than 20 previously identified food security indicators affecting the rankings, the new index has also been expanded to include two new factors: political corruption and urbanization. The study defines the challenges when any indicator score is below 25.

For China, the bad performance indicators include public expenditure on agricultural R&D, corruption, gross domestic product per capita and the EIU democracy index. The country records a score of zero in the categories of R&D public investment and corruption, according to the study.

"Addressing food security is fruitless without measurement tools and global benchmarks, together with a continued commitment, but most important: action," said DuPont Pioneer President Paul Schickler.

"Our goal is to provide a comprehensive, global picture of food security so that stakeholders like DuPont can work with partners in vulnerable areas of the world where food insecurity is a serious concern," said Abruzzese.

According to the US Department of Agriculture, China is the world's leading producer and consumer of a wide range of agricultural products. The world's largest importer of soybeans and cotton, China is also a major exporter of fruits, vegetables and aquaculture crops.

In December of 2008, the Chinese government launched a four-month nationwide campaign to ensure all food products were free of non-edible substances and excessive levels of additives.

The initiative came after melamine-contaminated baby milk caused the deaths of six infants and left another 290,000 with urinary tract ailments, including kidney stones.

A series of regulations has also been adopted to put the food safety issue under efficient official supervision.

On Monday, the National Health and Family Planning Commission released new regulations on the safety assessment of foodstuffs.

It said the commission has the responsibility to revoke licenses if foods fail to meet safety standards on examination.

Also, anyone found providing false documents for license applications will not be allowed to re-apply for a year.

The regulations go into effect on Oct 1, replacing the previous ones which are six years old.