Pharma bribery scandal in China just the tip of the iceberg? 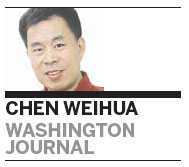 The alleged bribery scandal involving British pharmaceutical giant GlaxoSmithKline that has been stealing the global spotlight could be just the beginning of a long, hard fight against corporate corruption.

GSK has been accused of using travel agencies and other middlemen to funnel billions of yuan to bribe doctors and officials in order to boost sales - and prices - of its products. Travel agencies have also been said to provide sexual "bribes" to senior GSK executives in order to keep their business.

Several GSK executives have been detained so far. They include GSK's vice president in China Liang Hong, who admitted to and described some of the wrongdoings on China Central Television on Tuesday.

In another interview, Liang told Xinhua News Agency that medicine that cost 30 yuan to make could be sold to patients for as much as 300 yuan.

Some Chinese say the revelations explain why medical care has become so expensive and why many doctors are so insistent on prescribing particular brand name drugs.

Soaring prices of prescription medications have been a source of frequent complaints among Chinese for years. The issue has been high on the agenda of the annual National People's Congress, but little progress has been made toward any remedy.

Corruption in China's healthcare industry is nothing new. It's common practice for doctors to receive hongbao, or gift money, from patients. Pharmaceutical companies regularly offer kickbacks or free overseas trips to doctors and hospital executives.

While GSK - which last year grew its Chinese sales of pharmaceuticals and vaccines by 17 percent to $1.15 billion - is being investigated, the National Development and Reform Commission is also probing the pricing practices of another 60 pharmaceutical firms.

Ministry of Commerce spokesman Shen Danyang said on Wednesday that China stands against all forms of corporate bribery. "Companies, whether Chinese-funded or foreign-funded, will face legal consequences and punishments if they are found to be breaking the law," he said.

He described response to the GSK case as a demonstration of the Chinese government's resolve to further improve the investment environment to provide a fair and level playing field.

Corruption involving multinationals in China has made headlines before. In a high-profile case in 2010, four senior executives of Australian mining giant Rio Tinto were jailed for accepting bribes and stealing business secrets.

However, many bribery cases involving multinationals in China are often uncovered in the US, where those publicly traded companies have faced stiff penalties from the Securities and Exchange Commission for violating the Foreign Corrupt Practices Act.

Just last December, Eli Lilly and Company, an Indianapolis-based pharmaceutical firm, agreed to pay more than $29 million to settle charges that its subsidiaries paid government officials in China and several other countries to win business deals. And last August, US pharmaceutical giant Pfizer was charged with similar violations.

In March 2011, IBM was charged with providing improper cash payments, gifts, and travel and entertainment to government officials in China and South Korea in order to secure the sale of IBM products, charges that IBM later agreed to pay $10 million to settle.

In 2008, Siemens, which is also listed in the US, agreed to pay $1.3 billion to settle charges that it bribed officials in China and other countries to win business.

The list goes on. A host of other US companies, such as Morgan Stanley, UTStarcom, Wal-Mart, Lucent Technologies and Avery Dennison, have also been entangled in bribery in China in past years.

The severe penalties faced in both the US and Europe have sparked debate within China over why these multinationals are punished so lightly in China, where the crimes are actually committed.

Just last year, GSK agreed to pay fines of $3 billion in the US to resolve criminal and civil liability arising from its unlawful promotion of certain prescription drugs, failure to report certain safety data and alleged false price reporting, making it the largest health care fraud settlement in US history.

Some argued that legal loopholes, less severe punishment and a corrupt business culture in China have encouraged multinationals to become more adventurous in China, doing things they would normally not try to get away with in their home countries.

It also raised the question of why so many of the Chinese officials who accepted the bribes were never made public, prosecuted or punished at all.

In the GSK case, only a few of the 700 middlemen involved in the transfer of some 3 billion yuan ($476 million) have been named. And no one knows if officials and doctors receiving the bribes are going to be revealed or penalized anytime soon.

The GSK case coincides with the ambitious anti-corruption pledge made by the new government of President Xi Jinping, who took office in March. It also comes at a time when the public hopes that ongoing healthcare reform will help address the issue of overpriced prescription medications, which is clearly not helped by the alleged practices of drug firms like GSK.

Yuan gains 34% against USD in past 8 years

Hard landing of China economy no topic at G20