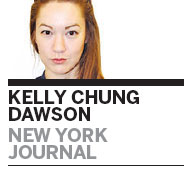 As with many industries, Hollywood has become hyper aware of the potential for profit in China, which in 2012 became the world's second largest box office. Attempts to cater to the Chinese market have met varying results, with few box office successes for the co-productions that have linked US and Chinese studios, and occasional backlash for films that have plots tailored to Chinese viewers.

Only 34 international films are permitted in the Chinese market each year, but film studios are given a pass around that quota if a movie is produced with at least one-third Chinese funding, filmed in part in China, and features a cast at least one-third ethnically Chinese.

Hollywood-produced American films that feature Chinese characters or scenes in China are more likely to be included in the annual quota, and films critical of China can face difficulty not only with regulators but with audiences wary of being portrayed in a negative light by Western studios.

Movies including Looper and Iron Man 3 deliberately included scenes tailored for a Chinese market. Pacific Rim featured an epic battle scene shot in Hong Kong. To avoid offending Chinese viewers, World War Z was modified to exclude a scene in which the zombie outbreak was said to have originated in China; Red Dawn, originally about an invading China, was rewritten to be about North Korea.

But obvious attempts to appeal to Chinese viewers have at times been called "condescending" by netizens, drawing negative reviews. Iron Man 3, which included extra scenes shot specifically for the Chinese market, was criticized for prioritizing the inclusion of those scenes above the pacing and plot of the film.

While promoting Gravity in Beijing recently, director Alfonso Cuaron was asked to explain his use of a Chinese spacecraft in the film. He claimed that the choice had not been an intentional attempt to include Chinese elements, but faced skepticism from Chinese reporters.

Shots of the Shanghai skyline featuring big-name billboards rankled Chinese viewers of Looper, an action film set in a future world in which China is dominant. "I'm from the future: You should go to China," one character advises. Co-produced with China-based production company DMG Entertainment, the film opened with a disappointing $10 million at the box office.

In fact, few co-productions have been profitable. The Painted Veil, Shanghai and Snow Flower and the Secret Fan - all films featuring prominent Hollywood stars - flopped in the Chinese market.

Chinese audiences might be shifting interest away from Western films in general, with domestic films enjoying a 144 percent increase to $1.11 billion in the first half of 2013 alone. One of 2010's biggest surprises was the runaway hit comedy Lost in Thailand, a Chinese film that earned $195 million. In contrast, international films saw a drop of 21.3 percent to $675 million this year.

But the success of China-geared blockbusters like Pacific Rim, which brought in $111 million in China, and predictions that China will become the world's largest box office in 2020, have fueled Hollywood's desire to hit upon the right formula for Chinese profits.

Transformers 4 will star Chinese actors Han Geng and Li Bingbing, feature scenes shot in China - and most innovatively, has cast some roles in the movie from a Chinese television show.

The growth of the Chinese film market is also being driven by the government, which is supporting the construction of 25,000 new cinema screens over the next four years, according to a 2012 report by consultancy Ernst & Young. "The challenges for media and entertainment companies to penetrate China are still considerable; however, the vast potential of the market makes it impossible to ignore," the report said.

Although White House Down director Roland Emmerich has said that he does not believe cooperation or consciousness of the Chinese film market will affect the way in which individual filmmakers make movies, others have admitted that consideration of the Chinese market has powerful sway.

"If someone came to me and said, 'We're looking into doing a chunk of this in China', well, I'd have to think about it," director Joss Whedon told Entertainment Weekly of Avengers 2. "China is on my radar. It can't not be at this point."