Chinese have a long way to catch up in charity giving 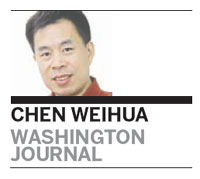 China's charity sector has taken a heavy blow since 2011 when a 20-year-old woman named Guo Meimei flaunted her luxurious lifestyle online while claiming to be head of a commercial operation connected to the Red Cross Society of China.

While Guo and the Chinese Red Cross both denied the connection later, the incident and several other scandals related to charities caused widespread public outrage that many believe led to an on-going drop in public giving, as people questioned the credibility, transparency and oversight of charity organizations.

According to Oriental Outlook magazine, which has tracked China's charity sector over the past decade, Chinese donations fell below the 70 billion yuan mark in 2012, down from 84.5 billion in 2011, which was already an 18 percent decline from 2010.

The sad picture was also reflected in the World Giving Index 2013 report released this month by the UK-registered Charities Aid Foundation (CAF).

China ranked 133rd out of the 135 countries and regions surveyed, tied with Croatia and ahead of only Greece. The study, based on related Gallup polls in 2012, measures three areas of donation: giving money to a charity, volunteering time with an organization and helping out a stranger.

The report noted that rising engagement across all three giving activities as well as growing populations sees India and China at, or near, the top of the rankings in terms of the actual number of people giving in each category.

China's strength lies in the 373 million Chinese who help strangers in a typical month, more than any other country in the world.

In all, 113 million Chinese made a donation, trailing only India's 244 million and the United States' 158 million. And at 45 million, China came in fourth in the number of people volunteering time for an organization, following India, the US and Indonesia.

However, in terms of the score in each category based on the percentage of people participating, China ranked 120th in terms of helping a stranger, 115th in terms of donating to charity and 131st in volunteering time to an organization.

The US came in at the top of the World Giving Index, followed by Canada, Myanmar, New Zealand, Ireland, UK, Australia, the Netherlands, Qatar and Sri Lanka.

The US also ranked first in helping a stranger and third in volunteering time to an organization but 13th in donating money to charity. The top ranking for the US, which replaced Australia this time around, was attributed to the proportion of Americans who helped a stranger, which was higher than any other country in the world in 2012.

The high US standing in the CAF report was supported by another Gallup poll released last Friday that found that 65 percent of Americans say they volunteered their time to a religious organization or some other charity in the past year, and 83 percent say they donated money.

The gap in charity between China and the US was evident when billionaires Warren Buffett and Bill Gates went to China in September 2010, hoping to attract more Chinese on the rich list to join their project in making a pledge to give away a large chunk of their fortune during their lifetime or in bequests for after their deaths. The response was lukewarm at best, if not cold, although both Buffett and Gates described the meeting as a success.

While China's traditional culture encourages people to help the poor and underprivileged, many believe that is one tradition that has been largely lost on the current generation.

The lack of transparency of charity organizations as well as a lack of tax incentives such as in the US and many other countries has discouraged people from participating in charity. Meanwhile, volunteerism is still a new phenomenon and only popular among certain youth groups.

Wang Zhenyao, head of the China Philanthropy Research Institute at Beijing Normal University and a former official at the Ministry of Civil Affairs, has long called for comprehensive charity legislation to guide the healthy development of the charity sector.

On Saturday, China Central Television honored Cao Dewang, founder and chairman of the Fuyao Glass Industry, movie star Jet Li and eight others as the Top 10 Philanthropists of the Year in its annual gala intended to drum up much-needed support for the country's charity sector.

Regardless of its fast economic growth, China has a long way to go in moving up on the World Giving Index.