In a clear sign of an imminent new launch, the San Francisco-based startup Uber is vowing to play a role in building the new system for transportation and urban logistics that is redefining the way that people experience first-tier cities in China.

In the country's budding taxi-booking sector, Uber has seen big marketing potential and decided to bring in its profitable business model - a mobile app that connects passengers with drivers of vehicles for hire and ridesharing services. 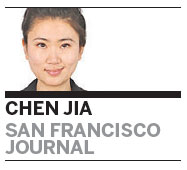 But, Uber's survival in China is not a sure thing. Faced with a price war in the taxi-finding market between Alibaba and Tencent, says one insider, Uber's US experience obviously doesn't work across the Pacific Ocean.

At the beginning of 2014, the Tencent-backed Didi Dache decided to invest 200 million yuan to fight for bigger market share in taxi-booking sector. Any passenger who finds a taxi through Didi Dache mobile app got 10 yuan off the total payment. The taxi driver who finds passengers through the app also got 10 yuan every trip. It offers free rides to up to 10,000 passengers a day.

Soon, Alibaba-backed Kuaidi Dache delivered a more generous offer: passengers who paid for a taxi with Alipay Wallet, a mobile app of Alipay, saved 10 yuan for every ride. Taxi drivers got 15 yuan for serving an Alipay user. Daily free rides went to as many as 10,001 people.

In the Year of Horse, the game that Uber cannot run away from is a capital-injection campaign - competition in China's taxi-booking app industry is hot, while a weak profit-generating business model indicates that every player wants to establish their territory for mobile payments, even paying higher prices.

Media reports said that Alibaba has funded Kuaidi Dache the equivalent of $7 million in the first half of 2013.

For Didi Dache, a new round of $100 million was pumped in January. Besides, Tencent also injected another $30 million, after a $15 million investment in May of 2013.

According to the latest data from i Research, KuaidiDacheheld41.8percentofthetaxi-bookingappmarket,whileDidiDacheheld39.2 percentinthethirdquarterof2013.

Preparing for the wrestling match, the newcomer from California is busy working on hiring general managers, community managers, operations and logistics managers and other skilled talents in the region.

According to a new video that highlights its Asian expansion and recruitment efforts, Uber listed Guangzhou, Shanghai, Shenzhen and Taipei among 14 Asian cities topping its work agenda in 2014.

"We're a young, fast-moving company and we're looking for smart, motivated, and creative people to help us grow and expand in APAC in 2014," the company said.

Andrew Noyes, who works for the Public Policy and Communicationsdepartment of Uber Technologies, Inc, told China Daily "we have not formally launched in China, but we will be launching in the coming weeks". He refused to provide more details.

However, passengers in Shanghai, Shenzhen and Guangzhou have been not strangers to Uber, which kicked off its test phase last year.

As early as August in 2013, Uber's tweets said it "begins testing first China city - Shanghai! Get your ride while it's hot!" Meanwhile, Uber's updated its iOS app by adding simplified Chinese.

Faced with the furious price-war, Uber was reported to cut its prices in Shanghai by 30 percent, and decreased the base fare and minimum fare by half.

Sources told China Daily that Uber will find the road end if it only wants to lure foreigners in Chinese cities and positions itself as a premium service in China. It needs to narrow the price gap to show competitiveness in a country where regular taxis are substantially cheap, the source said.

According to an earlier email to its Shanghai users, Uber said it "is about beingeveryone'sprivate driver, and that's what this is about. For less than the price of a latte, you can now have an Audi A6 waiting for you when you step outside to take you to work".

Meng Jing has contributed to the story.