Who's Jeopardy's biggest star-villain? And the answer is ...

Arthur Chu, a self-proclaimed "out of shape, nerdy Asian guy" who works in insurance, has in turns irked and inspired fans of the long-running game show Jeopardy with aggressive, unorthodox tactics that have netted him more than $100,000 in earnings in a four-day winning spree that will continue on Feb 24.

Contestants have traditionally begun at the low-value end of a trivia board, moving up in dollar amounts to increasingly difficult questions, behind which are hidden the game's Daily Doubles.

Chu has ignored that convention entirely, jumping directly to the most difficult questions, and then wagering extremely high or low sums (once as low as $5) on questions based on his own certainty of whether he'll answer correctly. This strategy, which includes rapid-fire buzzer-pushing "like a psychopath," as one Twitter user described it, prevents his competitors from answering questions even when he's out of his depth.

Critics and fans have called him a "villain", a "mad genius" and a "thug". His intense focus and seeming lack of charisma have angered audiences, with viewers complaining that his tactics are less enjoyable to watch, breaking up the established rhythm of a show that has been on the air since 1964.

The strategy of jumping ahead to difficult questions isn't new: Then law-student Chuck Forrest pioneered the controversial tactic in 1985, breaking records to win $72,800 in what would later come to be called the "Forrest Bounce". Chu studied Forrest's games through Keith Williams' Jeopardy analysis blog, on which the 2003 Jeopardy College Champion breaks down game theory for "people who are scared of math".

Chu only had a few weeks to prepare for the show, and devoted that time to "wheelhouse categories" like state-related trivia, not even bothering to read up on sports - hence that $5 bet. Among the other game theory tactics Chu has employed is the strategy of wagering to tie, rather than to win. If two contestants tie, they will both be invited back the following day to build on previous earnings. 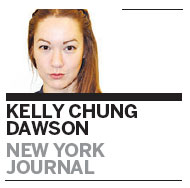 Unsurprisingly, Chu's winning streak has provoked a racist backlash on Twitter. He speculates that his physical appearance simply isn't appealing to the show's viewership. In stark contrast to Chu is Ken Jennings, who in 2004 won 74 Jeopardy games with the enthusiastic support of audiences.

"I can see that my style of play is off-putting, but it's probably even more off-putting in the body of an Asian guy who is automatically viewed as a competent but emotionless geek," Chu told China Daily. "Unwittingly, I think I've stepped into this mold of a heartless Asian villain, but the way I see it, villains also get their moment in the sun. Fortunately, I think a lot of people do get where I'm coming from, and a weird fandom has also built up around me among people who want to stand up and say, 'I don't care if you like me, I deserve to be respected for being good at what I do.'"