East Asian trade talks grind on ahead, in spite of the frigid politics of the region

Even as the top US diplomat for East Asia testified on Tuesday before the Senate about the growing tensions in the region, the three economic powerhouses - China, Japan and South Korea - are moving ahead on a free trade agreement (FTA).

The fourth round of negotiations for a trilateral FTA began on Tuesday in Seoul, capital of South Korea, aimed at setting the overall level of market openings.

If concluded, the FTA will create one of the world's largest markets, accounting for some 20 percent of the world's GDP and 17.5 percent of global trade. The three countries, which are already among each others' top trading partners, have all realized that they will benefit from a trilateral FTA.

The Chinese delegation is headed by Assistant Minister of Commerce Wang Shouwen and also comprised of officials from the Ministry of Foreign Affairs, the National Development and Reform Commission, the Ministry of Industry and Information Technology, the Ministry of Treasury and the Ministry of Environmental Protection, as well as officials in customs, quality supervision, inspection and quarantine.

The key content of the fresh rounds of talks will be on the modality for tariff reduction and the opening of service trade and investment, as well as the range and fields of the FTA, according to the Ministry of Commerce.

Wang remarked at the opening ceremony that the Chinese side will demonstrate a spirit of cooperation by taking practical actions to genuinely push forward the negotiation process.

Noting the tight schedule for the negotiation, Wang said the Chinese side will make the utmost effort in coordinating closely with the two sides. "I'm confident that with the joint efforts by the three sides, this round of negotiations can achieve concrete progress," he said.

The Yonhap News Agency quoted South Korea's Trade Minister Yoon Sang-jick as saying that a major breakthrough was unlikely to emerge from this week's FTA talks. 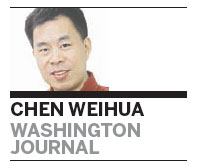 "We hope to begin discussions on the list of items to be liberalized under the FTA after concluding negotiations on the basic modality for the negotiations that will include the level of market opening," Woo, also South Korea's assistant trade minister, said at the opening of the four-day talks, which will end Friday.

"We hope to make significant progress through active negotiations," he said.

Just like any FTA engaged by Japan and South Korea, the opening of the agriculture market to cheap imports is the hardest part. Farmers, powerful in their domestic politics, often oppose FTAs.