Yao Ming puts his weight behind campaign against obesity

Like the agile basketball star he proved to be, Yao Ming is in the right place at the right time.

The 7-foot-6 former Houston Rockets center - a role model for China's youth - is advising the Chinese government on dealing with a population that is increasingly unhealthy and obese. Speaking to reporters as the central government is holding its annual two session meetings in Beijing, Ming said the alarming weight gain among the young is one of those issues that go unchallenged until people fully realize that a problem exists.

"I think right now, obesity hasn't fully been recognized here," Yao said. As China's wealth has grown, the trappings of prosperity - unhealthy diets and lack of exercise among them - have contributed to a rise in obesity and health complications in China. The World Health Organization has estimated that costs of such conditions from 2005 to 2015 would tally $500 billion in China.

Yao, who retired in 2011 and has established his own National Basketball Association Yao School in Beijing, a basketball training and fitness center for young boys and girls, emphasized the importance of encouraging fitness as a hobby. He said he would like to work with the government to create more fitness programs and competitions for children. "I think in the next 10 years, similar to the smog issue, obesity will influence the Chinese," Yao said.

As China's greatest basketball player -- Shaquille O'Neal once said Yao could have been one of the all-time top five centers had injuries not truncated his career - and as a professional athlete who watched everything he put into his body, Yao certainly has the bonafides to raise awareness of China's obesity problem. 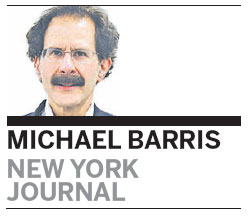 He remains one of China's most recognizable sports figures - as of 2009, he had led Forbes' Chinese celebrities list in income and popularity for six straight years. He also commands great influence with youth, on a par with US baseball's Cal Ripken Jr and Mariano Rivera, football's Eli and Peyton Manning, and his fellow Chinese successor on the NBA's Rockets, Jeremy Lin. Yao's achievements and his modest personality position him well to reach thousands, if not millions, of young admirers who need to improve the way they eat.

Urban Chinese boys on average are 6.6 pounds heavier than they were 30 years ago, Ministry of Health statistics showed. In 2007, Ji Chengye of the Institute of Child and Adolescent Health Medical Center at Peking University found that the obesity rate among children and adolescents in Beijing, Shanghai and other major Chinese cities matched that of developed countries.

If anybody knows about the body and size-related physical challenges, it's Yao Ming. At 11.2 pounds and 23 inches long at birth, he was nearly twice as large as the average Chinese newborn of the era, according to Brook Larmer's 2005 book, Operation Yao Ming.

While his girth and height helped bring him fame, it also brought some inconvenience. He drives a Range Rover because most cars are not big enough for him. "I don't have the luxury to pick my own car," he said wistfully to a Financial Times reporter. "I wish I could drive a Mini." Lower-body injuries related to his unusual size - mostly involving his feet - also brought a premature end to his NBA career at age 30.

At the press conference, Yao joked about putting on weight since retiring. "I haven't really done well for myself, have I?" he asked reporters. Weight gain actually is a problem retired athletes face. For instance, former NFL offensive lineman Antone Davis saw his weight balloon to 447 pounds after he hung up his cleats, prompting him to appear on NBC's The Biggest Loser in 2012 and drop 202 pounds to get down to a comparatively svelte 245. Another celebrated weight gain by a pro athlete-retiree was that of another NBA star, Charles Barkley, whose junk-food passion led him to drop 50 pounds under an endorsement deal with Weight Watchers.

Yao didn't divulge the extent of his weight gain. But perhaps his own battle with the bulge will endear him further to worshipful Chinese, motivating many to shape up. That's really putting your weight behind a cause.