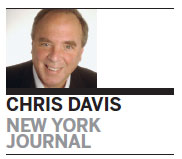 Fiction is a great way to explore reality. Two new books take on the priceless value of person-to-person relationships between Americans and Chinese using the tools of imagination and poetic license and manage to paint pictures that reveal deep-seated truths.

In Lessons from China: A Westerner's Cultural Education by Beau Sides (Rutledge Publishing, 2014), a young woman moves to China to teach English, only to discover that she has plenty of lessons of her own to learn. Through her innocence and sense of humor, she manages to bring into focus similarities and differences that bind East and West across a vast geography.

Jan Cross tells her first group of students in a freezing rural classroom where she can see her breath: "I went to the University of Mississippi, where it's fairly warm year round." Then she passes around pictures of her friends and family - the girls seem most interested in the clothing people are wearing in the photos - not bothering to explain she was a foster child. Then she had each student introduce themselves one by one.

"I was impressed by a couple of things," she writes. "They stood while they were speaking and wouldn't sit down until I gave them permission. Also, they seemed so humble and sincere. I just loved it!"

The upperclassmen she found "were very eager to hang out with a native English-speaking person. They were so sincere about wanting to improve their spoken English Half the students had a pen or notepad and wrote down our exchanges or repeated a word or phrase after me".

When she later tells her principal Mr Zao over tea how impressed she was by how respectful and polite the students were, he explains, "You know, in China, once you are a student's teacher, you are their teacher for the rest of your life. It is much more prestigious to be called a teacher here than it is in America."

As for the students' apparent innocence, Zao further explains that traditions, especially in rural China, "are very protective of young people, and there are fewer corrupting influences and distractions than in the West".

Something of an expert on the children of China, author Beau Sides, a former manager with IBM who also taught in China where he earned the title of teacher, is the founder and president of Global Partners in Life (GPiL), a non-profit organization- celebrating its 10th year - that helps orphaned children, special needs orphans and disadvantaged youth with educational, humanitarian and medical needs in China.

The other novel of note just out is also written by someone who has achieved success outside of publishing before taking his hand to pen.

Two Sons of China (Bondfire Books, 2013) by Ivy League-educated ophthalmologist Andrew Lam is a sweeping, action-packed historical saga that takes readers into a forgotten corner of WWII through the improbable friendship between two officers - American Lieutenant David Parker, who was born and raised in China by missionary parents, and Lin Yuen, a highly-skilled guerilla leader who has been assigned to a dangerous mission north to help Mao Zedong.

To Yuen's initial annoyance, Parker gets assigned to go along on the mission. The two men's values and vision clash from day one, but through the hardships they endure and horrors they witness together they become brothers.

"I'm embarrassed to admit that, as a Chinese-American, I knew little of the historical events that took place in China during WWII," writes one reviewer on Amazon, where the book has already garnered five stars. "Andrew Lam filled those gaps in my knowledge with a riveting historical action novel that draws you right into the heart of 1940's China."

Another review writes: "I've never thought much about what was going on in China during WWII, and had little idea that Americans were serving there during the war."

In an email interview, Lam said, "My goal in writing (Two Sons of China) was to shine a light on China in WWII and to display the American, Communist and Nationalist perspectives in a compelling way (epic war novel) that would appeal to a wide audience (not just academically-inclined historians like myself).

"I think the general public benefits a lot from knowing more about this history - greater understanding can help American and Chinese citizens appreciate each others' perspectives today," Lam concludes.

In both cases, fiction becomes a path to better understanding between two different worlds.