To ride in a Tesla Model S is to experience the future. You get into a car that looks like any other high-end car - a Lexus or Jaguar perhaps - the driver pops a lever, and without any more noise than your grandmother's sewing machine, you are pushed back into your seat by acceleration that is almost unnerving. A road-hugging horizontal freefall complete with wind whooshing by.

The driver in this reporter's ride last weekend could not stop talking about his baby, which he had owned for about two years now. Everything about the car was space age, voice command-controlled music, any kind you want, phone calls, navigation, weather reports. But what all the talk comes back to eventually is the battery, or batteries, as is the case of the Model S, which are an array of lithium-ion units under the floor, that run the full length of the car and weigh, I was told, 2,500 pounds, more than half the vehicle's total weight. So you're basically riding around on a battery.

Battery technology is the cutting edge frontier right now for so many sectors, but as cars move closer and closer to lithium-ion technology and further away from the traditional lead-acid batteries, an environmental dilemma looms on the horizon. What's to become of all those highly toxic defunct lead-acid batteries, numbering an estimated 200 million in the US alone?

Today, 90 percent of the lead recovered from recycled old batteries is used to produce new batteries. But as the technology evolves and the demand for lead-acid batteries declines, there will be an ever-mounting stockpile of lead with no use other than to further pollute toxic landfills. 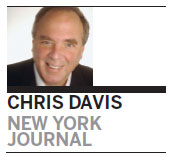 Taiwan-born Po-Yen Chen, a graduate student at MIT, is part of a team that has come up with a unique solution, one that defines a win-win proposition. They propose to recycle the materials from discarded car batteries into brand new, long-lasting solar panels that can provide emissions-free power for decades.

If the team's analysis of its technology proves accurate, the lead from a single car battery could produce enough solar panels to provide power for 30 households.

The system, described in a paper in the scientific journal Energy and Environmental Science, is based on a recent breakthrough in solar cell technology that utilizes a lead-containing compound called perovskite - "a technology that has rapidly progressed from initial experiments to a point where its efficiency is nearly competitive with that of other types of solar cells", an MIT spokesman said, achieving power-conversion efficiency of more than 19 percent, which is close to that of many commercial silicon-based solar cells.

The production of perovskite solar cells is a relatively simple and benign process, at lower temperatures and a reduced number of steps compared to the manufacture of conventional solar cells, the team said.

Those factors will help make it "easy to get to large scale cheaply", Chen said.

In a finished solar panel, the lead containing layer is a thin film half a micrometer thick and fully encapsulated by other materials, just as most solar panels are currently, which will limit the risk of lead contamination to the environment.

"The process to encapsulate them will be the same as for polymer cells today," Chen said. "That technology can be easily translated."

Borrowing a chapter from lead-acid batteries themselves, when the lead-based photovoltaic panels are eventually retired, their lead can be recycled into new solar panels. The team has already convincingly shown that lead recovered from old car batteries is just as good for the production of perovskite solar cells as freshly produced lead, whose refinement process from ore to metal produces large amounts of toxic residue.

Chen and his team said that some companies are already gearing up for commercial production of perovskite photovoltaic panels, which could create a demand for new sources of lead, thus exposing more miners and smelters to a toxic process that recycling of car batteries could render unnecessary and redundant. It could be time to get the lead out.