China's eyes in the sky point to space exploration's future

Just after China put its second high-definition Gaofen satellite into orbit on Aug 19, the China National Space Administration (CNSA) said that police had used the database of the first Gaofen, operational now since December, to discover illegal border crossings from North Korea, poppy plantations in Inner Mongolia autonomous region, marijuana farms in Jilin province and a tanker smuggling oil off the coast of Fujian province, according to reports in China Daily.

China's Ministry of Public Security the same day announced that they were unclear about the release and use of data from CNSA, the paper also reported.

Ostensibly, of course, satellites are put into space for things like geographic and natural resource surveys, climate-change monitoring, city planning and disaster relief. But in the era of Big Data, who can resist taking a peek, especially when the pictures are so breathtaking and detailed.

"They're sending down good images, there's no doubt about that," said space historian and author Bob Zimmerman, who runs the website behindtheblack.com. 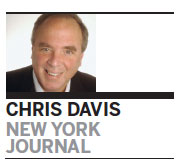 "These are earth resource satellites to look at the earth at high-resolution for doing things like agriculture and geology research and climate research," Zimmerman said. "They are comparable to the American Landsats, though of course modern."

"It's remote sensing so it has high-resolution, so any data it gets will be used for both military and civilian - no different from the United States, in a sense - but it's not a purely civilian craft. It has both purposes at the same time," Zimmerman said.

China plans to launch another three Gaofens before the end of 2015, each with different purposes, with a sixth going up in 2016 and a seventh in 2018.

"NASA has a public relations thing they've been calling the A-Train," Zimmerman said. "That's a series of climate earth-resource satellites they're launching to look at the Earth at a variety of different wave lengths and resolutions to study the climate and the Earth's environment. It seems to me that's what this Gaofen program is."

As for China's overall space program, Ziimerman called it "a robust manned space program with very high ambitions". He said it was "a literal copy of the kind of space program that the Soviet Union had in the '60s", in which the government's purposes are public relations and developing the industrial base".

The big difference, of course, is that China does not have the high-stakes Cold War competition that was pressuring both the Soviets and the US to go fast. "Therefore they're going extremely slow," he said, recalling that China's first manned flight was in 2003 and in the 11 years since have done only four more.

"So you're talking about one every two to three years," Zimmerman said. "A very slow pace, but very deliberate and well-thought out."

Zimmerman believes China's future plans are to build and assemble a Mir-type space station in orbit, again modeled after what the Russians did in the '60s and '70s. Their prototype space station modules now are comparable to the early Salyut Russian stations "to get the feel of how to do something like this and then assemble a much larger station comparable to Mir", he said.

"Again, just like the Russians they are very clear on what the goal of the space station program is: it's learning how to build interplanetary spaceships that can travel to other planets," Zimmerman said. "That's what Mir was designed around and that's what the Chinese are doing. It's very clear they have this focus."

Zimmerman, who has written a book on why space stations are built, said, "It's not a laboratory in space. If you're doing it now, and putting people on it for a long period of time, you're learning the engineering and medical research necessary to build a vessel that will take people to other planets."

"It's a serious program that is going to happen, but once again the pace is going to be very slow," he said.

As for the future of orbital satellites, Zimmerman said the cutting-edge technology now is CubeSats, NASA's "nano-satellites" that are about 4-inches square and weigh about 3 pounds.

"The effort to shrink the size of satellites so you don't need as big a launcher to put them up or you can put significantly more capability on them because things have been miniaturized. That in the next five years is going to revolutionize the entire satellite industry, communications especially."

According to NASA's website, three CubeSats were piggybacked in the rocket that launched the first Gaofen, putting in orbit the mini-gadgets for Peru, Turkey and Argentina.

Another component has to do with the launch industry, which going through a significant revolution right now with competition from new companies. "That is a challenge for China, because they've had the lowest-cost launcher with the Long March family and because of US State Department regulations, it's difficult for American companies to use Chinese rockets. But they were still the cheapest company on Earth, and that's not the case anymore. They're under significant competition from Space X."

What comes from the completion? It's "fueling innovation that we haven't seen in decades", said Zimmerman, whose most recent book Genesis: the Story of Apollo 8 is now available in ebook format.