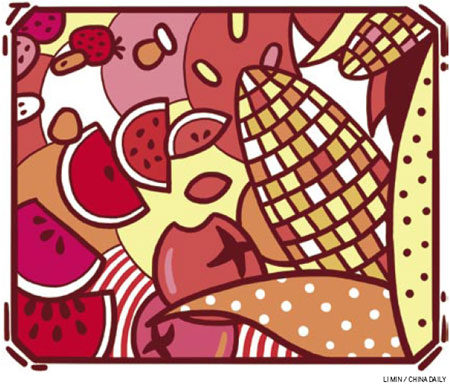 The economic and social benefits are the main drivers of the industry. The industry will provide new ways to solve China's food security problems and development of genes transfer foods will improve food quality and help the country's supply catch up with demand, bringing food prices down to more affordable levels.

Since the initial efforts to produce commercially viable genetically modified technology in 1996, the industry has leveraged economic benefits of more than $50 billion. The latest evaluation research on the influence of genetically modified crops shows that those benefits mainly come from the reduction in growing costs and increased grain production.

Another advantage is the saving in land requirements. If genetically modified crops were not planted, more than 626 billion square meters of land would be needed for planting. Therefore, genes transfer technologies are an important way to reduce the land needed for agriculture.

First, ever since China began its rapid economic growth 30 years ago it has faced apocalyptic warnings that its huge population and rising wealth would lead to food shortages.

Some experts predict that in 40 years, the world population will grow by 50 percent. The pressure of the growing global population means it was inevitable that genetically modified technology would be used to improve the plants species used by humans.

Global warming, lack of water resources and desertification are also increasingly threatening food security. Hunger and malnutrition are threatening the world's poorest people. At the same time, with industrialization and urbanization, the amount of planted land we can use is decreasing. Traditional agricultural technology cannot solve these problems. Only the new biotechnologies combined with traditional agricultural techniques can overcome these challenges.

China has the largest population in the world. However, the grain yields in China have not been increasing to match the growing population. The country's top priority is to find a solution to the problem of feeding its enormous population.

Only technological innovation and application can help ease the demand on resources, reduce environmental pollution, safeguard the nation's food security and increase the supply of agricultural products.

China has made major achievements in discovering important genes and cultivating new genetically modified agricultural products. There is a huge potential for the industry in the future.

Second, China is one of the countries at the forefront of research and development in genetically modified products.

Chinese technologies in genes transfer rice also have a leading role and one type of genetically modified corn, developed by Fan Yunliu, a fellow of the China Agricultural Science Institute, has huge market potential.

China has developed a regulatory system, based on the Regulations on Administration of Agricultural Genetically Modified Organisms Safety and the attached rules, which established 62 technical standards on gene transfer bio-technology.

In 2009, the State Council proposed to make the biotechnology industry a new national strategic industry.

In 2010, the a key document on improving farmers' livelihoods said the government should carry out a major science and technology project to create new crop varieties using gene transfer technologies, speed up agricultural biotechnology innovation and application and pay close attention to developing the important intellectual property value of genes and biological variety.

Chinese consumers still have misgivings about gene transfer foods, misled by some unscientific opinions and information. This mistrust is not helpful for the commercialization of bio-scientific technologies.

For example, Chinese pest-resistant genetically modified rice was tested for 10 years. Chinese authorities approved the rice only after certifying that it was as safe as traditional rice in every respect.

The author is a scholar at China Agricultural University.