Lessons from the SEC the Big 4

In the current legal standoff between Chinese affiliates of the Big Four accounting firms and the US Securities and Exchange Commission, the focus has tended to be on the strong negative US sentiment about Chinese stocks. Time and energy would be better spent concentrating on the lessons of the cross-border listings debacle that underpin this case and on preventing it from happening again.

On Thursday, the Chinese affiliates of PricewaterhouseCoopers, Deloitte Touche Tohmatsu, KPMG and Ernst & Young formally asked a judge to overturn a six-month accounting ban over the firms' refusal to cooperate with an accounting fraud investigation, beating a deadline by hours. The ban would force more than 200 Chinese companies traded in the US to find new auditors, while multinational corporations with significant operations in China would also have to bring in new firms to check those units. If the SEC upholds the judge's decision, the firms could ask the US Court of Appeals in Washington to overturn it.

Last month, China had warned the US of "consequences" that could hurt relations between the world's two largest economies if the SEC confirmed Administrative Law Judge Cameron Elliot's Jan 22 decision to suspend the firms from auditing US-listed companies. The ban stemmed from the Chinese affiliates' refusal to give the SEC documents about some of their US-listed Chinese audit clients to help the commission investigate the companies for possible accounting fraud.

The firms argued they were trapped between US law, which requires them to hand over any documents regulators request, and Chinese law, which prohibits transferring data that might contain state secrets to foreign parties. The firms announced their intention to appeal soon after the decision was handed down. 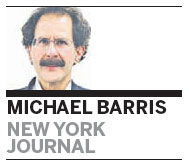 The case was at the center of a rash of accounting scandals which saw more than 100 Chinese companies listed on the New York Stock Exchange delisted or suspended from trading through 2011 and 2012. The plunge in share prices as cross-border listings collapsed wiped out more than $40 billion of value, sending investor sentiment into a deep freeze and ushering in an era of mistrust of US-traded Chinese shares. As their access to new capital dried up, dozens of Chinese firms fled the US stock market. The number of US IPOs from Chinese companies dived to two in 2012 from 11 in 2011 and 41 in 2010.

The debacle's cost to US-China diplomacy may end up being greater than the damage wreaked upon stock exchanges, the accounting industry and individual companies' reputations, coming at a time when the world's two largest economies are actually growing closer.

Recognizing the need for compromise, US and Chinese regulators have been trying to resolve some of the legal obstacles that auditors said blocked their cooperation with the SEC investigation. Jim Doty, chairman of the Public Company Accounting Oversight Board, the top US audit watchdog, has said he is optimistic the two sides will be able this year to reach an agreement to inspect the audit work of firms registered with it but based in China.

But the regulators have their work cut out repairing tattered relations. David Cogman and Gordon Orr, who co-authored a report for the McKinsey & Co US management consulting firm on the collapse of Chinese cross-border listings, wrote that for such listings to work, there needs to be "a regulatory framework that provides transparency and protects investors, a professional-services ecosystem that provides effective quality control for listings, and an investor base with the knowledge and capabilities to understand the business properly."

To "close the gap between US and Chinese regulations", their report urges the countries' two regulatory agencies to collaborate. "Both sides urgently need this to happen," the report said.

In the final analysis, cross-border listings play an increasingly important and valuable role for companies and investors in an ever-more-global economy - and they do promote "the mobility of capital, competition between exchanges, and greater strategic flexibility for companies", according to the report.

Here's hoping both sides can learn from the case of the SEC versus the Chinese Big Four affiliates.