Two years after Yale professor Amy Chua released the controversial Battle Hymn of the Tiger Mother, she's back with a new book that doubles down on her earlier message that Chinese people are better equipped for success.

Due out in February and co-written with her husband Jed Rubenfeld, The Triple Package: Why Groups Rise and Fall in America argues that some ethnicities just have it figured out.

"It may be taboo to say, but some groups in America do better than others," a description for the book reads. "Even as headlines proclaim the death of upward mobility in America, the truth is that the old-fashioned American Dream is very much alive - but some groups have a cultural edge, which enables them to take advantage of opportunity far more than others."

The authors write that superiority, insecurity and impulse control are "the triple package," positioning them for wealth and success.

Although the American ideal is equality between races, the most successful groups are the ones who actually believe they are exceptional, Chua and Rubenfeld write in the book. Coupled with that sense of superiority is a deep insecurity and need to prove something. Finally, despite a pervasive (and deeply American) value placed on immediate gratification, these eight groups cultivate and display impulse control.

They note that Nigerians earn doctorate degrees at disproportionate rates; Chinese Americans report higher incomes than their white peers; and Jews have ascended to positions of power in numerous industries.

"That certain groups do much better in America than others - as measured by income, occupational status, test scores and so on - is difficult to talk about," they write. "In large part, this is because the topic feels so racially charged."

Indeed, responses to the book have been overwhelmingly negative so far.

In a scathing review for the New York Post, critic Maureen Callahan described the authors' strategy as a "cat-and-mouse polemic," and a "series of shock-arguments wrapped in self-help tropes, meant to do what racist arguments do: scare people." 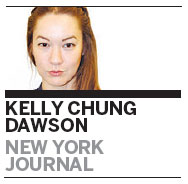 Gawker Media dismissed Chua's new book as an attempt to "troll the entire world," a phrase meant to imply that the professor is doing exactly what she believes will get the biggest rise out of readers. Battle Hymn of the Tiger Mother faced similar reactions at the time, from critics who viewed her strategy to be a ploy for fame and book sales.

To be fair, Chua didn't choose the headline - "Why Chinese Mothers are Superior" - for the Wall Street Journal-published book excerpt that made her famous. And the book itself, a memoir of Chua's experience mothering two very different high-achievers, concluded with an admission that sometimes an Asian-inspired oppressive approach to parenting can be harmful to a child's development. Chua's sense of humor was also often lost in the coverage of her book, which was meant to be satirical, she told China Daily at the time.

Keli Goff, a writer for The Root, a website that focuses on news, opinion and culture about African American, believes that Chua's arguments in The Triple Package are "obnoxious, but not racist." She compared the book's point that the groups are successful in part because they believe themselves to be superior, to a coach's tactic of telling athletes to think like winners.

"The book's premise is rooted not in inherited and unchangeable traits such as race but in cultural traits that can theoretically be taught," she wrote. "So what's the problem?"

All of Chua's books have focused on the strength of outsider groups, a label with which she identifies, she said.

"I've always tried to convert this feeling of being an outsider into a strength," she said. "I'm not a whiner, and I hate being a victim. I love being Chinese, and I think we have to be proud of who we are. I'm about self-help, fighting battles and standing strong."

The Triple Package alleges that the success of minority groups has been accompanied by drawbacks: "Each of its elements carries distinct pathologies," Chua and Rubenfeld write of the cultural characteristics of minority groups. "When taken to an extreme, they can have truly toxic effects. Should people strive for the Triple Package? Should America? Ultimately [we] conclude that the Triple Package is a ladder that should be climbed and then kicked away, drawing on its power but breaking free from its constraints."

Whether this new argument will successfully tap into the anxieties that propelled Battle Hymn of the Tiger Mother to the top of the best-seller lists will become apparent Feb 4, when the book is scheduled for release.

China to keep up with transgenics