Fashion designer Christine Lau has teamed up with international brand Tumi to create a collection of travel accessories in her signature style. She tells Sun Yuanqing why creativity is all about being yourself.

Soft-spoken and wearing an easy smile, Christine Lau, 29, is as approachable as the girl next door, with none of the airs one might expect from a hot young fashion designer. It's hard not to be charmed by her disposition.

Lau, founder of fashion label Chictopia, is known for her retro-meets-modern designs and "whimsical" prints.

She is now looking to push boundaries by collaborating with Tumi, an American brand that sells travel accessories targeted at businesspeople.

The Chictopia for Tumi, designed by Lau, includes Tumi's best-selling carry-on totes, wheeled packing cases and accessories, all featuring fun, circus-themed prints inspired by Philip Astley, the British equestrian master and circus owner who is commonly called the "father of the modern circus".

"I believe that fabric is the key to fashion and I enjoy designing quirky prints for each of my collection. For this collaboration, I created playful yet elegant prints to appeal to independent, trailblazing women who have a passion for fashion and travel," says Lau.

Tom Nelson, managing director in Asia for Tumi, says he considers the partnership "an opportunity to showcase Tumi as more than just a travel brand".

The collaboration was facilitated by Hong Kong-based luxury department store Lane Crawford, which has been selling Chictopia for the past year.

"I love her prints that are humorous. That is what drew me in first. Expressive design and fashion are really in at the moment, and Chictopia is definitely the one," says Sarah Rutson, fashion director of Lane Crawford.

Rutson says the collaboration opens up a different category for Lau and is an opportunity to showcase her talents on a global scale.

The collection will be available at Lane Crawford in Hong Kong and on the Chinese mainland from September, and it will reach Tumi stores there in mid-October.

This is the first time Lau has designed travel accessories. Unlike previous cooperations, in which the brand gave her directions about styles and colors, Lau was given total freedom this time.

"This collection is very 'me'. They told me to do whatever I want. At first I was surprised and even a little lost. I didn't know where to start," says Lau.

She was cautious enough to prepare three proposals and put the most "Chictopia" one at the last.

"I kept asking what they wanted and tried to guess what they might want. But in the end they asked me why I put the most 'me' one at the end, because that was their favorite," Lau says, laughing.

Born in Beijing and raised in Hong Kong, Lau was trained in textile design at London's Central Saint Martins College of Art and Design and launched her own brand in Beijing in 2009. The first two years were difficult, as Lau kept trying to figure out "what the market wants".

In the end, Lau decided to just follow her own instincts.

She created a collection that featured vivid prints of insects, which later became the first of her print collection series.

The insect-inspired collection turned out to be a runaway success both commercially and critically.

"It wasn't until then that I started to realize that there is no point in figuring out the market. Some people just like you for who you are. That collection really gave me a confidence boost," Lau says.

Unique fabric prints have since become a key aspect of the brand. Everything from teapots, porcelain dolls to animals has been transformed into chic and elegant fashion pieces by Lau.

"Fabric printing is something I'm good at. It's also a very direct and visualized way to express myself. I'm a very direct person and I don't like to beat around the bush. The prints are a good way for me to tell stories," she says.

Chictopia, along with two other emerging Chinese designer brands Ms MIN and Helen Lee, were introduced to the Lane Crawford range last autumn as part of the store's "Created in China" program that aims to nurture Chinese designers. The trio is now sold alongside the likes of Givenchy, Alexander McQueen and Stella McCartney.

"To find, nurture and mentor Chinese talent (who) are not seen outside of China, we give them an international platform with mentorship and direction for them to be ready for the global consumer," says Rutson.

Lau has taken advice from Lane Crawford and added early spring and early autumn to her collection timeline to adjust to the international market.

Chictopia is now available in its own online shop, three independent stores and some multibrand boutiques. While Lau wants to open more stores, she also hopes to one day have overseas showrooms to test the international market. And as the brand expands, design is no longer the only thing Lau has to take care of.

"I'm not a trained businesswoman. And good design has to be supported by good business operations. This is my next challenge." 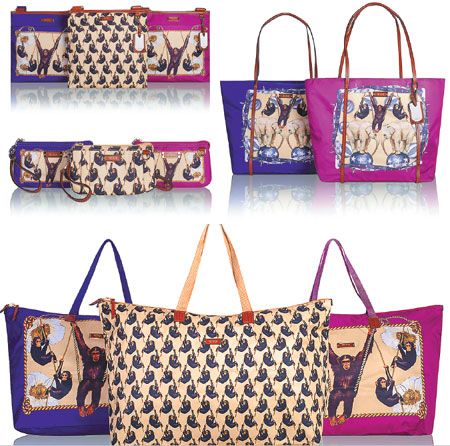