China's retail sales increased 12.6 percent year-on-year from January to May, a pace slower than the 14.3 percent growth seen in 2012 or the 17.1 percent increase in 2011, according to the ministry.

Ikea working on solar-power for its stores

The partnership will also expand to the global market. Starting this month, Hanergy will sell solar-power generation equipment to Ikea's customers in the UK.

According to Ikea, the thin-film photovoltaic panels already installed on the rooftops of five Ikea stores in Beijing, Shenzhen, Dalian, Nanjing and Shenyang, once put into operation, will provide 10 to 15 percent of all the electricity needed to run the stores.

Job seekers for overseas work must be cautious

Huang Leping, director of the Beijing Yilian Legal Aid and Research Center of Labor, an NGO dedicated to providing free legal aid for workers, suggested Chinese people planning to work overseas be cautious about employers or intermediary agencies that only give verbal promises about pay and benefits.

He also suggested workers choose to work for companies with licenses for foreign labor cooperation and sending workers abroad, because only qualified companies can go through the necessary procedures for obtaining working visas.

Research and development work relating to the development of eco-cities, smart cities and clean energy by foreign companies is booming in China, due to large market demand and government policy support.

"Chinese cities have a very good environment for R&D, they are rapidly changing, and there is a lot of desire for innovation and wanting to know about the latest developments," says Chris Twinn, senior sustainability consultant with Arup, a UK-headquartered engineering consultancy.

Developing new solutions for eco-city development has been one of the most promising areas for companies, says Twinn.

The concept of the eco-city, founded in 1975 in the United States, is used to describe cities built in balance with nature. China has ambitious plans to build 300 eco-cities, Qiu Bao-xing, vice-minister of the Ministry of Housing and Urban-Rural Development, said in 2011.

A total of 95 Chinese companies are on the list of Fortune 500 companies with combined gross revenue of $5.2 trillion, or 17 percent of the Fortune 500's total revenue.

Besides 10 Taiwan or Hong Kong-headquartered corporations, there are 85 Chinese mainland-headquartered companies, mostly State-owned Enterprises. Most are concentrated in the energy, resources, banking and telecommunication sectors.

China is No 3 in M&A in Africa

China is the world's third-largest country doing mergers and acquisitions in Africa, favoring the oil and gas sector, according to a report.

The country made 49 M&A deals totaling $20.8 billion in Africa since 2003, following the United Kingdom with $30.5 billion and France with $30.47 billion, according to the international law firm Freshfields Bruckhaus Deringer.

As of this year, more 2,000 Chinese companies have invested in Africa.

Chinese dealmakers favor the natural resources sector with $8.1 billion invested in oil and gas across three deals and $6.7 billion invested across 19 deals in metals and mining over the last 10 years, and their preference for these sectors will likely continue, said the report.

The International Monetary Fund cut its forecast for China's economic growth this year and next.

The Fund forecast 7.8 percent GDP growth for the world's second-biggest economy in 2013 and 7.7 percent in 2014 - a reduction of 0.3 and 0.6 percentage points, respectively, from its April report.

For the global economy, the IMF now sees 2013 growth of 3.1 percent and 2014 growth of 3.8 percent, both down 0.2 percentage points from the forecast three months ago.

"My impression is the country where there is the largest risk in terms of large decrease in growth is China," IMF chief economist Olivier Blanchard told a news conference on Tuesday about the Fund's latest quarterly World Economic Outlook.

The IMF decreased its forecast for all five BRICS nations -Brazil, Russia, India, China and South Africa - and cited factors particular to each, with "unproductive investment" the culprit in China, Blanchard said, alluding to an imbalance between investment and consumption.

Jonathan Lu, who took over the helm as CEO from legendary founder Jack Ma two months ago, said in Hong Kong that he has "a lot of stuff he wants to buy" and the timing of the company's IPO will depend on whether he has a good acquisition target.

At the moment, Alibaba has no schedule for the IPO and the button is in Jack Ma's hand on how, when and if the company goes public, Lu added. He hinted the location will either be Hong Kong or the United States. (Photo 3)

About 70 students and their teachers who survived the Asiana Flight 214 crash landing in San Francisco that killed two other Chinese students gathered at the Chinese general consulate in the city.

Yuan Nansheng, consul general in the city, hosted a dinner for them on Wednesday and encouraged them to be brave and strong.

Eighty of the 138 Chinese passengers who were on the flight have arranged to stay at the Crowne Plaza, a hotel near the airport. The rest have left the city, heading either back to China or to other US cities.

With the assistance of the consulate general in San Francisco, Chinese students who survived the crash had video conversations with their families back in China on Tuesday. (Photo 4)

Two foreign-trade experts said the proposed purchase by Shuanghui International Holdings Ltd of pork processor Smithfield Foods Inc would be good for China and, in the short term, Smithfield shareholders and executives but bad for America's economy and consumers.

The Senate Committee on Agriculture, Nutrition and Forestry heard from the experts on Wednesday. It was the first chance for US lawmakers to debate the proposed takeover, with most expressing apprehension about the deal's impact on American food supplies, agricultural exports and cross-border transfer of sensitive technologies. 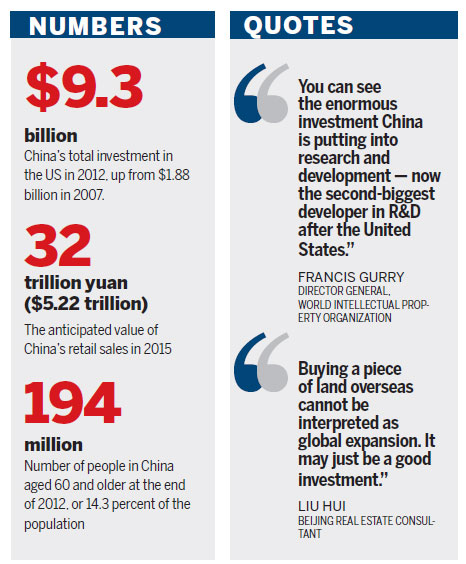 No mechanical trouble on Asiana