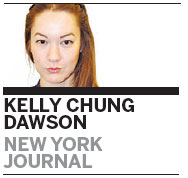 As City Comptroller John Liu's mayoral campaign forges on in the wake of a federal investigation that led to the convictions of two members of his campaign team for illegally raising campaign funds, New York's Chinese community has reacted with both support and disappointment. For many, Liu represents the community's first real shot at a chance to see an Asian American in a high-profile position of power in New York. The allegations of corruption and the resulting arrests of former campaign treasurer Jenny Hou and campaign fund-raiser Oliver Pan have alternately been interpreted to be the result of federal entrapment and further proof that civic engagement in the US can only lead to trouble for a community with an historically low level of participation in politics.

But as the fastest growing demographic in the US, the Asian American community has slowly but steadily become more important to politicians as its civic engagement has risen in response to increased affluence. Additionally, Asian American populations have grown in swing states like North Carolina and Virginia.

Liu, a Democrat who served on the City Council before being elected New York City Comptroller in 2009, was celebrated within the Asian American community as the first of its own to be elected to a city-wide office. Although Liu has suffered in polls as a result of the corruption scandal, the Chinese community is still widely supportive of his candidacy. Various community representatives in Flushing and New York City Chinatown have voiced their continued support. As a Democrat, he aligns with the political leanings of most Asian Americans, who in recent years have increasingly voted Democrat.

In the 2012 presidential election, Asian Americans contributed around 3 percent of all votes, according to the Asian American Justice Center (AAJC) and the National Asian American Survey (NAAS). Asian American voters leaned Democrat, with 71 percent casting ballots for President Obama, and 28 percent voting for Governor Mitt Romney.

President Obama has furthered goodwill within the community with the appointment of Goodwin Liu for the US Court of Appeals and Steven Chu as secretary of energy.

Although it could be argued that Republican support for immigration by "skilled workers" (who are more likely to be Asian, when compared to Latino immigrants, for example) reveals attitudes that might be beneficial to the Asian community, Asian American voters have not responded in kind.

According to the National Asian American Survey (NAAS) conducted in 2012, Asian Americans also overwhelmingly align with other Democrat beliefs: support for bigger government offering more services, health care reform, increased taxes for higher earners, and support for abortion, gay rights and affirmative action. With more than 1 million undocumented Asian American immigrants, immigration has also become an important issue for advocacy within the community. Around two-thirds of Asian Americans support comprehensive immigration reform that would provide undocumented immigrants with a path to citizenship.

Another factor in determining whether Chinese will vote Democrat or Republican is religion, with evangelical Protestants or otherwise Christian voters of Chinese ethnicity tending to vote Republican. Fewer Chinese Americans are Christian today than in 1990, when 60 percent of the community identified as that religion. Today, 40 percent of Chinese Americans identify as Christian, with voting trends reflecting that change.

3 shot dead at US town meeting

After the crash: a legal morass of tough choices

US plays catch up in Africa