The recent failure of the joint Chinese-Brazil satellite launch cast a momentary pall of skepticism over the Chinese space program, but immediately on its heels have come two spectacular successes that should put confidence back in the space program.

The Chinese lunar program, for one, which has been attracting a lot of attention in the US, but for the wrong reasons, according to Gregory Kulacki, senior analyst and China project manager of the Union of Concerned Scientists' global security program.

"Many US observers see the [moon] launch as a geopolitical challenge to the United States, even though US space science and technology is far more advanced than the technologies being used in the Chang'e-3 mission," Kulacki said.

"It would be more productive, for everyone involved," he continued, "if the commentary focused on the mission itself, the new discoveries Chang'e-3 might make and the mission's contribution to our understanding of the moon. Focusing on the science, rather than the politics, might help open the doors to future cooperation between the United States and China."

Space diplomacy got another boost on Saturday when China successfully launched Bolivia's first telecommunications satellite into orbit, a project that - aside from generating good will - is also expected to be a shot in the arm for China's share in the skyrocketing sector of Latin American satellites.

The launch reportedly captivated the attention of the Bolivian public and Bolivian President Evo Morales even traveled to the Xichang Satellite Launch Center in Sichuan province to witness the take-off. It was the center's first visit by a foreign leader. The Bolivian satellite, which is scheduled to stay in service and orbit for 15 years, is named Tupac Katari after a Bolivian revolutionary hero who died fighting against the Spanish colonials in the 18th century.

Ivan Zambrana, director of the Bolivian Space Agency, called China a "world-class" power in the space industry and was confident in the project's success.

China and Brazil will launch a jointly created satellite in 2014 to replace the one that failed to lock into orbit earlier this month and crashed to the earth, Brazilian Minister of Communications Paulo Bernardo announced last week.

"What happened was a tragedy," he told Brasilia AFP. "But there is another satellite already built and ready. It was in the budget" and scheduled to launch in 2015.

"There was a failure in the launch vehicle during the flight and the satellite was not positioned in the right orbit," according to a statement from Brazil's Ministry of Science.

"One failure doesn't mean anything," said Wang Ya'nan, deputy editor-in-chief of Aerospace Knowledge magazine. "We should still be confident in China's rocket technologies."

"Our success rate is still higher than that of our rivals," he added.

Coming just days before the launch of China's mission to the moon, this was the 200th orbital launch by the Chinese, and would have been their 188th success, according to the US space agency NASA. It was also the 14th launch in 2013 and the fifth from Taiyuan. 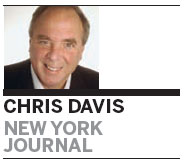 "People tend to forget that space launch operations are still a high-risk activity," said Kulacki. "This is especially true in China where people have come to expect a very low failure rate.

"Brazil and China have a long history of successful cooperation that is unlikely to be upset by a single failure," Kulacki added.

The lost satellite was the fourth in the China-Brazil CBERS program that began in 1999 with the launch of the CBERS-1 weather satellite, followed by CBERS-2 in 2003 and CBERS-2B in 2007. All were inserted into orbit aboard a Long March-4B rocket.

"Brazil and China have achieved fruitful results in the past 25 years of cooperation in space, and are confident in continuing this success," Brazil's National Institute for Space Research said in a statement.

In 1985, China announced that it would begin offering launch services to international clients. Before last Monday's flight, China had launched 36 rockets carrying 42 satellites for foreign clients as well as piggyback launch services. You can now add Bolivia to that list.

China has said that it aims to claim 10 percent of the international satellite market and 15 percent of the global commercial-launch sector by the end of 2015, according to the China Aerospace Science and Technology Corp, the nation's leading developer of spacecraft and rockets.

"The real question for the Chinese space program will be whether this was just an isolated incident or not," said Brian Weeden, technical advisor with the Secure World Foundation. "The Russians have had a string of launch failures over the last few years that have really damaged confidence in their capabilities. That is a very difficult situation to recover from. China will need to make sure it learns exactly what happened with this launch failure and make sure the next one is successful."