Charges said near over kickbacks in car-export scam

As wealth in China increases, the volume of illegal luxury vehicle exports from the US also has increased. "It's big business," Tim Dunne, director of global automotive operations at California market-research firm JD Power and Associates, told China Daily.

Now a probe into alleged kickbacks being paid to salesmen at New York-region luxury vehicle dealerships - part of a nationwide investigation - is moving into a new phase as investigators get set to file charges, the New York Times reported.

The investigation focuses on dealerships in New York and New Jersey that sell Mercedes, BMWs, Range Rovers and Porsches and whether executives sold new cars to businesses engaged in exporting luxury vehicles to China.

Federal prosecutors have seized dozens of high-end cars at ports around the US and bank accounts holding millions of dollars. US authorities were seeking to halt "a burgeoning black-market industry" that was trying to undercut legitimate dealerships in China, the Automotive News reported.

At least 35,000 luxury vehicles a year are purchased at US dealers and sent out of the country illegally, the Wall Street Journal has reported. Typically, the scammers hire "straw buyers" in the US to purchase cars from dealers and ship them overseas by claiming them as used vehicles, according to authorities.

The cars typically retail for $55,000 to $75,000 and are supposed to be sold only for domestic use. It is not clear what laws the export businesses are violating.

At any rate, "as wealth (in China) has increased, the volume of gray market" - or illegal - "luxury vehicle exports has increased," Dunne said. 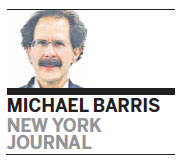 Even after factoring in shipping and other costs, the exporters can make "a huge profit" on each vehicle, Automotive News reported. The schemes can cause big financial problems for US dealers, who are contractually prohibited from selling new vehicles to anyone who intends to export them and can be penalized by the automakers for doing so - even if they do so unwittingly, the automotive-industry news website reported.

Dealerships that sell to exporters may be forced to pay charge-backs, have incentives revoked and receive fewer vehicles from the factory in the future, according to an article on the website. Fraudulent registrations also hurt dealerships that do not sell to exporters because such registrations understate the dealerships' actual market shares, making it appear they are falling short of sales targets, the article said. That can affect bonuses paid by automakers as well as future allocation.

"We have an exclusive distribution and license agreement to distribute and sell Mercedes-Benz vehicles and parts solely within the United States of America or its territories," Boland told China Daily.

Steps must be taken "to ensure that vehicles produced and equipped for the US market are sold to end consumers in the US and not operated in areas for which they were not designed or certified", according to Boland.

Illegal exports pose issues for buyers, too, Boland said in an email to China Daily. A buyer's glee over his ill gotten gains may turn to anguish "since overseas Mercedes-Benz distributors may not stock parts and/or accessories necessary to properly service US specification vehicles".

The impact from this investigation will become clearer in the months ahead. The US government's yearlong crackdown is starting to have an impact on overseas demand and some wealthy buyers in China are backing away from transactions, the Times reported.

Charges near over China kickbacks in car exports

China on frontlines of cyber threat