E-commerce giant Amazon.com Inc is gearing up to cash in on the massive purchasing power of Chinese customers with a planned foray into the Shanghai Pilot Free Trade Zone (FTZ).

There is "a lot of demand at the higher end of the market" in China for goods from the US, which will help make Amazon's offerings "more attractive to Chinese consumers", said Colin Sebastian, an analyst with financial services firm Robert W. Baird.

"It sounds like Amazon plans to use the new initiative to help even the playing field with larger players, such as Alibaba and JD.com," Sebastian said. "Perhaps working in the Shanghai FTZ should give them more flexibility in logistics and payments to gain more trust with Chinese consumers."

On Wednesday, the Seattle, Washington-based online retailer announced that it had signed a deal with authorities in the Shanghai FTZ on Monday.

Under the Memorandum of Understanding (MOU), Amazon will open its new e-commerce platform in the free trade zone - an area where innovative policies are expected to boost cross-border online trade.

Amazon also will establish a logistics and warehouse center in Shanghai, according to Shanghai Municipal authorities. 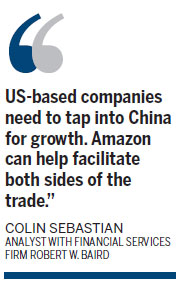 This avenue allows imported goods to enter China via the zone's cross-border e-commerce platform, while products from small- and medium-sized enterprises (SMEs) in China can be sold to Amazon's customers around the globe.

Sebastian said part of the challenge for Amazon in China is the fact that it "looks and feels like a Western company".

"US-based companies need to tap into China for growth," he said. "Amazon can help facilitate both sides of the trade."

Diego Piacentini, senior vice-president of Amazon International, said in a company statement: "China's e-commerce market is one of the most dynamic in the world with tremendous potential. We just celebrated our 10th anniversary and believe it is still Day One for us, particularly in the areas of cross-border e-commerce, both into and out of China."

Amazon's Chinese website offers 25 million selections across 32 categories. The company has opened 13 fulfillment centers, enabling the products to be delivered to about 3,000 cities and counties in China with 146 cities eligible for same-day or next-day delivery.

According to iResearch Consulting Group, a leading Chinese Internet market research firm, Amazon accounted for only 2 percent of China's total online business-to-consumer market in 2013, which put it in fifth place.

Lin Wenbin, an analyst with IT consultancy Analysys International, said Amazon enjoys a unique advantage to do cross-border e-commerce in China as the US giant is truly a multinational company running different online platforms in different countries.

"Most Chinese e-commerce companies are still domestically focused. But Amazon, having business operations in many different countries, has suppliers across the globe," Lin said, adding that Amazon's well-established suppliers and business partners can give its cross-border e-commerce business in China a strong push.

He said that a series of campaigns Amazon promoted are meant to assure customers and vendors that their imported goods are genuine and they have a legitimate and convenient channel to facilitate cross-border e-commerce.

According to Analysys International, the total transactions of China's cross-border e-commerce reached 2.7 trillion yuan ($439 billion) in 2013, of which exports accounted for 2.4 trillion yuan ($390 billion).

Analysts said that with the growing appetite of Chinese online buyers, imports are expected to grow. But Amazon may not be able to boost its China business immediately.

Lu Zhenwang, an independent Internet expert and CEO of Shanghai-based Wanqing Consultancy, said while the FTZ offers some preferential policies in cross-border e-commerce, it is unknown how much tax will be collected on those imported products.

"If the imposed tax is considerable, shoppers will not see a big price difference between online stores and brick-and-mortar stores. So there is no point for them to buy foreign products online," he said.

"I look forward to working with our Shanghai partners to realize the incredible opportunity of developing the best cross-border shopping experience possible for not only customers in China but also around the world, and establishing Shanghai as a recognized international cross-border e-commerce center," he said.

Wang Peng, CEO of easipay, a website responsible for running the cross-border e-commerce platform in the Shanghai free trade zone, said the platform will be ready to roll by the fourth quarter of this year. 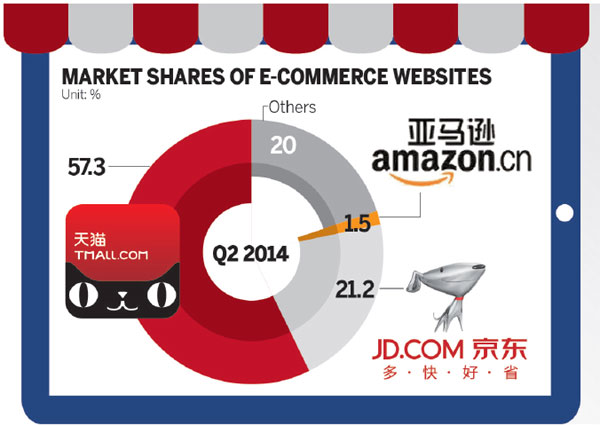 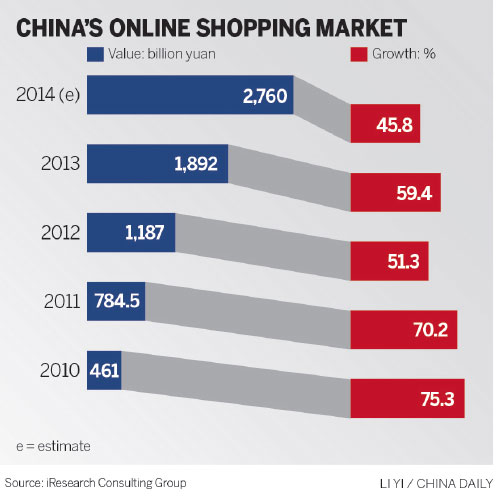