'Pivot to Asia' sidelined by US domestic woes

US president Barack Obama is not at the Indonesian resort of Bali for the regional economic summit, but the media craze about his cancelled trip continues.

Against the backdrop of a partial government shutdown in the United States, commentators have interpreted Obama's absence as a manifestation of the US's difficulty in fulfilling its Asia commitment, despite its widely publicized "Asia pivot" campaign. 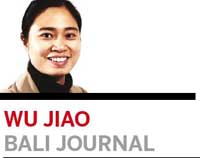 Actually, the APEC mechanism has always been closely linked with the US's Asia policy. By checking the history of the US input at this regional platform, it is possible to glimpse the country's evolving Asian strategies.

The US was the main force in establishing the APEC mechanism in 1989. Diplomats from many countries still remember how fiercely the US pushed APEC members to adopt the Bogar Goals at the Indonesia APEC summit in 1994.

The goals state that all developed economic members should realize trade and investment liberalization by 2010. The deadline for developing members is 2020. Although three years have passed since 2010, the US is reluctant to fulfill its obligation under the goals.

The US's "pivot to Asia" was first broadcast by then Secretary of State Hillary Clinton in 2011, right before the APEC summit was held in Obama's hometown, Hawaii.

Harnessing Asia's growth and dynamism is central to US economic and strategic interests and a key priority for Obama. Hillary declared it to be "America's Pacific century" and promised that the US would be "right at the center of the action" in Asia.

At the Hawaii APEC summit, Obama made obvious strides in promoting the Trans-Pacific Partnership from the platform of APEC. If he had managed to come to Bali this week, he would have chaired a TPP group meeting that would have stolen the thunder from APEC.

But the US's grand efforts seem to have faltered. Domestic woes have kept the US leader away from APEC and other regional leadership mechanisms from time to time. Obama was also absent from the 2012 APEC summit in Vladivostok, Russia.

"For now, US domestic political reality hinders the country's capacity and outreach to make its presence and influence felt far from home. This could be the beginning of the end of American global dominance," Bantarto Bandoro, an expert with Indonesian Defense University, told the Jakarta Globe.

Even US Secretary of State John Kerry's stay here has been reported sarcastically by local media.

The Jakarta Post wrote on Sunday, "Signs of the weakening US commitment to the so-called pivot to Asia have gradually been cemented as Kerry was more occupied with issues at home on Saturday at the prestigious APEC Summit."

All signs show that the US's full pursuit of its Asian strategy will have to wait until its government gets back to work. However, as a responsible stakeholder, the country should do its share for regional development.

Member economies should unite for a more coordinated and robust development of the Asia-Pacific region.

It is urgent that APEC play a leading role in coordinating the existing sub-regional trade mechanisms in order to avoid vicious competition, and it is equally urgent for major regional players to settle their domestic problems and contribute to regional growth and stability.

When all those economies gather together in Beijing for the 2014 APEC meeting, all need to do their share for the future of the Asia-Pacific rim.

'Pivot to Asia' sidelined by US woes