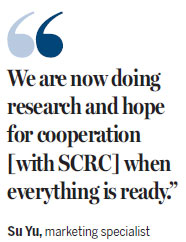 "Due to career considerations, many professional women choose to delay their motherhood, so chances are that they miss their prime time of producing high-quality eggs," said Charlie Gu, director of China Luxury Advisors, a China consumer strategy consultant.