In 1935, the notorious Shanghai gangster Du Yuesheng ordered the composer and musician Li Jinhui to create the first all-Chinese jazz group, the Clear Wind Dance Band. As early as 1927, Li had been experimenting with "Sinofied jazz", merging Western big-band sounds with chord and meter variations on traditional Chinese folk instruments.

Clear Wind played to boozy backroom crowds and was perceived by many as a form of cultural corruption; the music was almost immediately labeled "pornographic" and was banned later in China entirely.

Shanghai jazz had only a brief heyday, but Dave Liang, former Bad Boy Records producer and founder of the electronica group Shanghai Restoration Project, was deeply inspired when he first heard the music on a trip to Shanghai's Peace Hotel 15 years ago.

Shanghai Restoration Project is Liang's attempt to recapture that spirit, combining nostalgia for old Shanghai not with the sounds of bygone eras but au courant Western genres hip-hop and electronica. 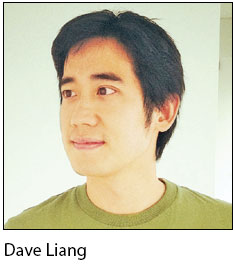 "One thing I was really aware of growing up as a Chinese-American was that most of the types of music that are popular here did not originate in China," said Liang, who was born to immigrant parents in Kansas and grew up in New York State. "When I heard Shanghai jazz, that was the first time I felt that there was music that could speak to both my Chinese and Western background.

"Then when I started composing music myself, I was searching for music that reflected parts of me. As someone who never felt like I fully fit in with any one demographic, this was a way for me to tell all the stories I had stored up, probably subconsciously in a way that spoke best to me."

Shanghai Restoration's self-titled 2006 album, which incorporated traditional Chinese instruments, rose to the top 10 on Amazon.com, iTunes and MSN Music electronic charts. In the years since, Liang has leased his music to Louis Vuitton's Kenzo Parfums; worked with China Record Corp to restore and remix 1930s Chinese classics; collaborated with American roots musician Abigail Washburn on an album of remixed songs sung by victims of the 2008 Sichuan earthquake, from which all profits were donated to relief efforts; released an album of traditional Chinese children's songs, inspired by the growing number of Western kids studying Mandarin; and in 2010, earned a New York Emmy award for "New York 360 Angle: Shanghai Restoration Project".

As a child, Liang studied classical piano but soon became enamored of jazz piano. He was occasionally taunted for being Chinese; one child told him all Chinese people were dirty, he recalled.

"In general I was never that interested in my heritage," he said. "When you're growing up, you're just trying to fit in with the local culture; you don't want to be seen as different. Then after you've grown up, the discrimination becomes more subtle. People have expectations about the way you're going to behave, but that's the beauty of America: People have expectations of how other people are, and that gets shattered, over and over again."

Rachel Cooper, director of cultural programs and performing arts at the Asia Society in New York, has worked with Liang on several projects and events.

"He crosses over between cultures seamlessly," she said. "For him, it's clearly all one cultural world. His artistic world seems to include China, the US, his Western training and all the things he is as a creative person - and they all become part of his vision of the world. His creative universe doesn't make cultural distinctions."

Early this year Liang released Pictures in Motion, an album of songs inspired by classic Shanghai films including "Song at Midnight" (1937), "Red Mansions" (1944) and "Spring in a Small Town" (1948). Included on the album is "The Wandering Songstress," a song made famous in 1937's "Street Angel" and again 70 years later in the Ang Lee-directed Lust, Caution. In the newer film the tune is sung by Zhang Le, who has been described by Academy Award-winning composer Tan Dun as "a rising young star with a remarkable gift".

Many of these movies were made at a time when Hollywood was fascinated by Shanghai; Liang hopes his project, which also features an online video teaser of the songs matched to the films that inspired them, will present an alternative to the exotic China portrayed in American cinema.

"I've tried to say, 'Here's an element of Chinese culture that you might not know about and here's a fresh way to look at it,'" Liang said. "It's not meant to be didactic, or hit people over the head. It's just meant to say, 'There are different things out there you might not be aware of.' I really believe that in any culture, songs that pass the test of time are simply good melodies and will appeal to people everywhere."

Liang is currently working with Zhang on an album of updated 1930s Shanghai jazz songs; the two will perform with collaborator Jamahl Richardson on Thursday night in the Winter Garden of New York's World Financial Center.