In Asia, foreign athletes-for-hire win some, lose some

They are among a growing roster of foreign athletes, mostly Westerners, who have taken their talents to Asia, with highly mixed results.

Each CBA team is allowed only two foreign players, and rules limit their playing time in games. The built-in handicap is an acknowledgement that the Westerners are, by and large, stronger and better-trained. The official reason for their inclusion is to elevate competition for domestic athletes, but Chinese teams rely on their imports: About a quarter of the players on current CBA rosters are foreigners; of this group, 70 percent are from the United States. 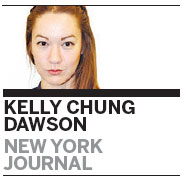 The only CBA team without foreigners in its uniform is the Bayi Rockets, affiliated with the People's Liberation Army. To correct for this imbalance, court time for foreigners on opposing teams is even more restricted when they play against Bayi.

During the NBA's lockout in 2011, a number of players signed contracts in China. When the labor dispute ended sooner than expected, Americans Kenyon Martin and Patrick Mills, among other foreigners, incurred hefty fines by breaking their contracts and were barred from signing with any NBA team until their Chinese team's season was over.

Most Western athletes in China are bankrolled by the rich businessmen who own teams. Drogba and Anelka were brought to Shanghai Shenhua by Zhu Jun, the eccentric owner of an Internet gambling company who once insisted on taking the field himself in a match against Liverpool FC. He lasted only five minutes.

Salaries of foreign athletes in China were once capped at $20,000 a month, but that restriction has been dropped. At the time Drogba, the African Footballer of the Year in 2006 and 2009, announced his departure from Shanghai for the Turkish club Galatasaray, he reportedly was making $300,000 each week.

Astronomical pay isn't the norm. Marbury, an ex-New York Knicks, is said to earn $25,000 a month with the CBA's Beijing Ducks, a fraction of the $20 million in the last year of his most recent NBA contract. Baseball's Ramirez will also get $25,000 a month from his Taiwan club this season

China is often seen as a last resort for athletes who failed to make it in the West, are past their prime or have sullied their reputations. Ramirez was twice suspended by Major League Baseball for steroid use. McGrady, a seven-time NBA All-Star, fell into a slump due to injuries. Moving to China led to his signing, in 2012, a one-year, $1 million contract with the Qingdao Eagles.

Marbury's China journey began in 2010; reports of marital infidelity and feuds with coaches had left him with few options. In 2012 he led the Ducks to the CBA championship and is one of the few US transplants to have publicly embraced life in China. As of mid-March, he had almost 1.2 million fans on China's Twitter-like Sina Weibo service.

Chinese fans have been forgiving of players' transgressions. When former University of Arizona forward Marcus Williams tested positive for marijuana use and was banned from playing for the CBA's Brave Dragons for six months, his apology post on Sina Weibo prompted thousands of supportive replies from fans.

Many foreign athletes in China have found the transition hard, due to cultural differences and the isolation of life in second or third-tier cities. Some, including Drogba, have complained of late or missed salary payments. His Shanghai teammate Anelka left because of the "rot eating away at the team".

The crackdown in Chinese soccer of recent years has led to the imprisonment of 56 high-profile figures for match-fixing or other forms of corruption, including former heads of the Chinese Football Association, an ex-captain of the national team and several players.

More positively, Maya Moore, a member of the US women's basketball team and a former WNBA rookie of the year, in February led the Shanxi Flame to the China Women's League title. At 23, Moore isn't in China for a lack of prospects - she's there to broaden her opportunities. Notably, she remains signed with the WNBA's Minnesota Lynx.

If Chinese leagues continue to draw on the support and guidance of Western transplants, proactive moves such as Moore's may become the norm. For now, big salaries and limited opportunities elsewhere seem to be the main enticements.