Threading the needle on aid, to and from China

Foreign aid is rarely simple and often misunderstood, but a sampling of developments involving China indicates the complex nature of its dual role as traditional developing-nation recipient and big-power donor.

Then Xi was off to a meeting of ministers and leaders from the other BRICS emerging-market countries - Brazil, Russia, India and summit host South Africa. The five-nation bloc, advancing a project made public last year, on Tuesday discussed the setup of a development bank to challenge the dominance of the World Bank and the International Monetary Fund, but no agreement on details was reached. Both institutions were formed by Western powers toward the end of World War II.

The BRICS countries, which hold more than $4 trillion in foreign-currency reserves and account for 43 percent of the global population, have stated a goal of pooling their resources to tackle underdevelopment and extreme currency fluctuations in countries where World Bank or IMF policies have been inadequate or ineffective.

Many details remain, including when and where the new development bank is to open, but the initiative shows the world's top emerging economies are determined to build on promises to finance infrastructure and other work in less-developed countries, mostly in the so-called global south. 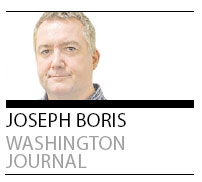 Two years ago, in its first official report on foreign aid, China stressed help between developing countries and proposed an alternative to donor nations or groups that link aid to public-policy changes by recipient nations' governments.

"China is the world's largest developing country, with a large population, a poor foundation and uneven economic development," the April 2011 report said. "As development remains an arduous and long-standing task, China's foreign aid falls into the category of south-south cooperation and is mutual help between developing countries."

Amid this planned shift in development financing from West to East, however, there is ample evidence of the familiar dynamic.

Last week, the World Bank announced its approval of five loans totaling $620 million for China to develop local clean-energy projects: installation of rooftop solar panels for public schools in Beijing; funding of low-carbon-impact projects in Shanghai; improvement of a flood-control system in Jingdezhen; and enhancement of public services in selected cities and towns in Jiangxi and Liaoning provinces.

In 2011, the World Bank said it would lend $1.5 billion to China for each of the five subsequent years.

The latest World Bank money is in the form of loans, as distinguished from direct aid, and is intended to help the world's biggest emitter of carbon dioxide - the main greenhouse gas involved in warming Earth's climate - reduce pollution, with clear benefits for China and the planet.

China's imports from Africa, mainly minerals and other raw materials totaled $113 billion in 2012, more than 20 times the level of a decade ago. The country's overall trade with the continent amounted to $200 billion last year, Xi pointed out in his speech. The president also reiterated an offer by his immediate predecessor, Hu Jintao, to provide $20 billion in loans to Africa between 2013 and 2015.

Xi's pledge in Tanzania to treat Africans "as equals" and his call for all countries to "respect Africa's dignity and independence", may be met with skepticism from some on the continent and in the West who see Chinese interests as more about acquiring natural resources than friendship. In addition, countries that send direct aid to China, such as in the form of grants, regard its emergence as a donor as a further sign that the world's No 2 economic power is self-sufficient, increasingly influential in world affairs and no longer in need of free development money. Canada announced last week that it was ending aid to China, which totaled about $30 million in 2010-11, as part of an overhaul of how foreign-assistance money is spent. Thirteen other countries are also being cut off, Canadian officials said.

That follows decisions by the United Kingdom and Australia in 2011 to cancel aid to China. Also that year, a 12-member bipartisan group of US senators urged the Senate Appropriations Committee to stop providing development aid to China, which since 2001 has included nearly $300 million in various projects.

"With more than $3 trillion in foreign-exchange reserves and a double-digit economic growth rate, China certainly has the financial resources to ... care for its citizens without relying on US assistance," the senators wrote in seeking changes to federal budgeting in the 2012 fiscal year. They also called for multilateral development bodies, such as the World Bank and the IMF, to defund aid to China. Neither the domestic nor broader proposal gained traction, however.