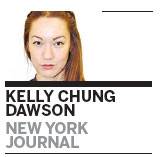 The meteoric media frenzy that surrounded Jeremy Lin's 2011 success with the New York Knicks often fixated on the unlikeliness of his ethnicity in a sport dominated by African American and Caucasian players. Although five-time All-NBA Team player Yao Ming had already done much to raise the profile of Chinese athletes in the US, he was raised in China, and at 7 feet 6 inches was considered almost a freak of nature. But Lin, a 6 feet 3 inches Harvard graduate raised in California by Taiwan-born parents, was fully American and his success only underscored the dearth of Asian American athletes at sports' professional level.

More than six decades before "Linsanity" filled the news, Wat Misaka of the University of Utah became the first Asian American player in the NBA when he joined the New York Knicks in the first round of the 1947 draft. At 5 feet 7 inches, his tenure with the team lasted only a few games.

In 1948, California native and medical school graduate Sammy Lee won gold and bronze Olympic medals in diving. Lee, who is 5 feet 2 inches and of Korean descent, went on to win another gold medal in the 10-meter platform at the 1952 Olympics. As a teenager, Lee practiced diving at a public pool in Los Angeles on the one day a week in which non-Whites were allowed to swim, he has said.

"Sixty years ago, they said you had to be Caucasian, slender and tall to be a diver," he told ESPN. "Now, sixty years later, they say you have to be Chinese."

Over the years, plenty of talented Asian American athletes have found success: tennis champion Michael Chang, who became the youngest man to win the French Open; figure skater Michelle Kwan, whose multiple national and world titles made her a fan favorite; champion figure skater Kristi Yamaguchi, who was the first Asian American woman to win a gold medal at the Olympics; KJ Choi and Michelle Wi in golf; and a number of NFL stars including Eugene Amano of the Tennessee Titans, and Dat Nguyen of the Dallas Cowboys, are also of Asian descent.

Most recently, Hsieh Su-wei and Peng Shuai won the women's doubles title at Wimbledon, making Hsieh the first player from Taiwan to win a Wimbledon title.

However, Asian Americans are still underrepresented in professional sports. While students of Asian ethnicity attend university at a disproportionate rate, only half of one percent of Asian students choose to participate in college-level athletics, according to the NCAA. The sports in which Asian Americans do excel tend to be solo sports like figure skating and diving, in which athletes do not perform as part of a team or endure rough contact.

Several theories have been floated regarding the lack of Asian Americans in professional athletics, with the most enduring one being the perception of Asian American men as lacking physical strength.

Jeremy Lin has noted that despite leading Palo Alto High School to a Division II State Championship and winning Northern California's Division II player of the year award in high school, he received no Division I scholarship offers. He ultimately attended Harvard University, before joining the NBA. Timmy Chang, who as a quarterback for the University of Hawaii set an NCAA record for passing yardage, was passed over in the NFL draft before eventually being signed (and then cut) by the Arizona Cardinals. His perceived lack of height was cited as a reason for his being passed over in the draft, despite the fact that at 6 feet 1 inch he was actually taller than a number of quarterbacks in the league.

Another reason that has been cited for the lack of Asian Americans in professional athletics is the fact that there is no tradition of sports being the "make or break" springboard to success for Asian Americans, as it has often been viewed in the African American or Hispanic communities.

Major League Baseball has seen a higher number of players of Asian ethnicity, linked in great part to the popularity of baseball in Asian countries like Japan. In 2012, there were 29 players of Asian descent in MLB. Most of those players were foreign-born and raised, with a few being of mixed race ethnicity. Some sports critics have attributed the growing number of Asian athletes in US professional sports to the increasing rate of mixed race marriages, citing football players like Hines Ward of the Steelers and Will Demps of the Giants, who are both of mixed ethnicity.

There are also few coaches of Asian American descent in US professional athletics. Jeff Hironaka, a long-time assistant basketball coach at Washington State, joined Portland State as an associate head coach this year. Despite leading past teams to various championships, he has struggled to find employment with Division I schools, who believe his Asian heritage will be a hindrance in recruiting, he has said. His perceived lack of connection to either the African American or Caucasian athletic communities is seen as a weakness. Among the few Asian American owners of major athletics teams in the US is Charles B. Wang, a Chinese majority owner of the New York Islanders.

As more Asian American athletes like Jeremy Lin are featured in the news, this will likely change. In an article for the Harvard Asia Pacific Review, Kansas State University marketing professor Yun-Oh Whang wrote that "the presence of Asian and Asian American athletes in major professional sports has a symbolic significance in fighting the stereotypes imposed on (people of) Asian descent".