US space agency NASA announced that it would review the applications of six Chinese scientists who were denied access to an upcoming conference on the agency's space telescope program, blaming middle management for misinterpreting an earlier moratorium that had placed restrictions on visits to NASA facilities by Chinese citizens. With 97 percent of NASA employees currently on furlough due to the government shutdown and the conference scheduled to begin Nov 4, the scientists are unlikely to pass security clearances in time unless the conference is moved to a non-NASA-affiliated location, according to organizers.

"It is unfortunate that potential Chinese participants were refused attendance," wrote NASA chief administrator Charlie Bolden in a publicly released e-mail late last week. "Mid-level managers, in performing the due diligence they believed appropriate following a period of significant concern and scrutiny from Congress about our foreign access to NASA facilities, meetings and websites, acted without consulting NASA HQ. Upon learning of this exclusion, I directed that we review the requests for attendance from scientists of Chinese origin and determine if we can re-contact them immediately upon the reopening of the government to allow them to reapply."

NASA faces the tricky task of navigating national security issues in a field in which Chinese scientists are valuable contributors. Chinese national and former NASA employee Bo Jiang was indicted earlier this year for failing to declare a NASA laptop on a flight to China from Dulles Airport. He was later cleared when officials failed to find sensitive information on his laptop, save for pornography he had downloaded in violation of agency rules. But Jiang was already under investigation at the time for having previously taken a NASA laptop to China, and had been fired from his position at the National Institute of Aerospace before he was stopped in March of this year for the same offense.

Congressman Frank Wolf, who spearheaded a 2011 law to prevent NASA funds from being used in cooperation with China, spoke out last week against the most recent developments.

In a publicly released e-mail, Wolf wrote that the exclusion of Chinese scientists from the Kepler conference mischaracterizes the spirit of the law, which "primarily restricts bilateral meetings and activities with the Communist Chinese government or Chinese-owned companies. It places no restrictions on activities involving individual Chinese nationals unless those nationals are acting as official representatives of the Chinese government." 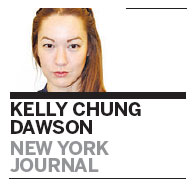 The scientists rejected from the conference are researchers and academics, and as such do not fit the criteria for exclusion from NASA conferences or facilities, Wolf argued. He went on to describe the agency of having become "a rat's nest of inappropriate and possibly illegal activities that appear to have occurred with the concurrence of the center's leadership".

But Wolf also accused NASA of not doing enough to fight supposed espionage tactics on the part of the Chinese government, and in March of this year, had unsuccessfully called for the exclusion of Chinese citizens from a meeting of the Committee on Earth Observation Satellites, citing the 2011 law he helped draft.

NASA is under great pressure to safeguard against potential espionage from a number of countries, but must also avoid discriminating on the basis of ethnicity or background.

In an interview with the AFP, George Washington University space policy expert Pascale Ehrenfreund said that China-US friction in science has been growing in recent years.

Detained US citizen dies in Egypt