What would the ancient philosophers of Confucianism and Daoism have to say about contemporary America?

Sam Crane, a professor of political science at Williams College, where he teaches a course on contemporary Chinese politics and ancient Chinese philosophy, says that not a day goes by that he doesn't come across something in the news and say to himself: Now there's a perfect example of what Mencius or Mozi or Zhuangzi was talking about.

Crane's approach to Confucianism and Daoism is what he calls "from the bottom up". That is, how might the great philosophies speak to individuals as they move through their lives and are confronted with life's most difficult questions.

"In that way I'm thinking of it a practical ethics," he said in an interview with China Daily. When he uses terms like "modern Confucian" or "contemporary Daoist", in his new book, Life, Liberty, and the Pursuit of Dao (Wiley-Blackwell Press, 2013), he said, "I am referring to people like me: a person in an American context who is trying to adapt ideas from classical Confucian and Daoist texts to contemporary problems."

His whole point in writing the book, he said, is "to illustrate how ancient Chinese philosophy is helpful for understanding and living in a modern American world". 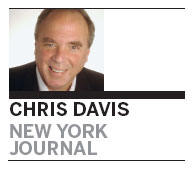 Confucianism and Daoism, Crane said, are similar in that they are "sensitive to context". When Confucians are trying to think about how to do right in the world, they tell us to be attuned to the particular circumstances that surround us.

"It's not that there is one general rule or principle or law that would apply consistently and unbendingly across all cases, but rather how you might have to interpret rules or bend rules in order to do the right thing," he explained.

Daoists are similarly inclined in that they don't believe that there are general rules that can guide everybody but that each of us has to follow "way" - or dao - as it unfolds before us.

The basic difference between the two schools of thought is that Confucians have a fundamental belief that they can act efficaciously in the world. People can do good things. Whereas Daoists are skeptical about action, believing that fate and destiny - dao - are essentially uncontrollable by human action and people should follow the unfolding of "way" as opposed to thinking they can guide it.

As Confucius summed up the difference most clearly in the Analects, Crane said: "It is not 'way' that makes man, but man that makes 'way'."

Even as Confucianism became canonized as the ideology of the State and the discipline you had to study and master to get into the bureaucracy, everybody still read Daoism too. The two philosophies co-existed complementarily, as Crane explained, as characterized by familiar sayings such you are a Confucian when you're at work and a Daoist when you get home in the evening.

The two philosophies did yield some interesting contrasts when Crane applied them to contemporary issues.

In the abortion debate, for instance, Crane believes that Daoism and Confucianism come down on different sides. "Generally I believe Confucians would be accepting of abortion under certain circumstances, where Daoists would generally be averse to it." But not along the lines Americans are used to hearing.

Daoists would be averse because of their general skepticism about our ability to shape the unfolding of things. Confucians, Crane believes, would be more accepting of abortion under certain circumstances, but not by invoking rights, but rather duties and obligations.

"I think if there was a case where it could be shown that obligations that are already existing with living family members would be disrupted or obstructed by bringing another member into the family, those would take precedence over the potential obligations of the not-yet-born family member," Crane said.

"Again, they don't really invoke the same kind of arguments that Americans make but I think there're ways that they give us a different way of looking at these issues."

The economic rise of China has inspired many of Crane's students at Williams to learn more about China to possibly help them get a job - ultimately, he said, not the best motivation for the study of any philosophy. But Crane considers the classics of Chinese philosophy to be great books on their own.

"I encourage them to keep the books and hold on to them," he said.

China calm in face of US overflight