The transmission system for Brazil's mammoth Belo Monte dam complex on the Xingu River - the first direct current ultra-high-voltage line (800 KV) in Brazil - is the biggest auction of the year in that country's energy game. A consortium made up of China State Grid and Brazil's own Eletrobras is considered the odds-on favorite to get the job, according to Valor Econmico, a financial daily.

Winning the auction, which is slated for this Friday, Feb 7, will come with a hefty price tag. The victor will be required to build two conversion stations, a pair of sub stations and 1,300-miles of transmission wires connecting Altamira in Par with Estreito in Minas Gerais in the south, an infrastructure investment with an estimated cost of $2 billion.

China State Grid has a 51 percent stake in the consortium; Eletrobras holds the remaining 49 percent. Both state-owned, the Chinese group is the largest power transmission company in the world; and Eletrobras, with a power grid covering 58,000 kilometres, provides juice to 52 percent of Brazil's consumers, Macauhub reports.

The capacity of the dam - at 11,233 megawatts - would make it the third largest in the world, behind the Three Gorges Dam in China and the Itaipu Dam shared by Brazil and Paraguay. The transmission lines up for bidding will connect the electricity generated by the dam's turbines to the nation's vast power grid for distribution for both commercial and residential use.

Brazil's fast-paced economic growth in the past 10 years has created a large demand for energy and with the country's large number of rivers, hydroelectric power plants already provide more than 85 percent of the nation's electrical energy. 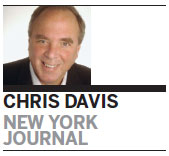 The Belo Monte complex of dams, however, is not without controversy. Critics both within Brazil and internationally fault the economics of the project, the efficiency of its design in converting water-power to electricity and, most of all, its impact on the region's indigenous people and environment. That has spurred protests, legal action and even a documentary film hosted by actress Sigourney Weaver.

A spokesman for watchdog group International Rivers told China Daily that the Belo Monte dam "is the most destructive and controversial dam being built in Brazil currently, perhaps in the world", policy program coordinator Zachary Hurwitz wrote in an e-mail interview.

"The project is perhaps the most explicit example today of violation of the ILO (International Labor Organization) Conventions, the UNDRIP (United Nations Declaration on the Rights of Indigenous Peoples), and, at its base, poor project design, poor stakeholder relations, and poor transparency, among all dams under construction today," Hurwitz wrote.

"There is a backlog of about 15 to 18 lawsuits on the project which haven't been heard in court," he added. "And the government refuses to have the judiciary move those along."

The structures will impact the lifestyles of tens of thousand of native peoples. "Indigenous people, workers, fishermen and locals from the region of Altamira and Vitora do Xingu have taken to protest, occupation of the worker sites, and other tactics to call attention to the poor performance of the government and developers on this project," Hurwitz wrote. "The government has responded by militarizing the project areas and building fences to keep out protests."

In September of 2012, China's State Grid Corp said it planned to invest $5 billion in Brazil by 2015, where the chairman of the group's Brazilian subsidiary, Cai Hongxian, said the company saw opportunities in all aspects of the power sector in Brazil.