Guess who may play role in Detroit's real estate renaissance 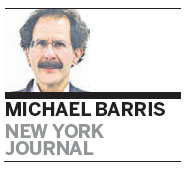 Chinese investors are helping Motown get its groove back.

These are not enormous sums of money. But they speak to the investment that is ongoing as the Motor City starts over following its Chapter 9 bankruptcy filing in July, the largest in US history.

DDI - also known as Dongdu International Group - has properties in Shanghai, Nanjing and Chengdu, as well as California. The company said in a statement that it "carefully researched" the two Detroit properties and "appreciated their heritage and positioning in the city". DDI also said it "respected the drive amongst the local business community that while the city is going through some difficulties there is a growing movement to rejuvenate the city".

The company could not be reached for further comment.

DDI and companies like it are looking for deals abroad because of tight policy measures in China aimed at cooling off the country's overheated housing market. Last week, Fosun International, a Shanghai-based investment firm headed by billionaire Guo Guangchang, agreed to pay $725 million for One Chase Manhattan Plaza, a banking landmark in New York's financial district. Earlier this month, Shanghai-based Greenland Holdings Group agreed to buy a 70 percent stake in an apartment project potentially valued at more than $5 billion in the New York City borough of Brooklyn. And in June, Beijing real-estate tycoon Zhang Xin led an investment group's estimated $1.4 billion purchase of a 40 percent interest in the General Motors office tower in midtown Manhattan - the most expensive building in the United States.

"We offer great value for China," Milan Stevanovich, executive director of the Detroit Chinese Business Association, said in an interview. "There's nowhere in the world with the (same) real-estate opportunities. The properties are a fraction of the cost of other major global cities. So I think this is just the beginning of a major ongoing trend for the rest of the decade."

Xu told Crain's Detroit Business, "the people want to diversify their investments and the US makes sense, and Detroit especially, as the Chinese are familiar with the automotive industry here".

The Detroit Chinese Business Association said that about 100 Chinese firms, mostly in the auto industry, are scattered in the city's suburbs - well away from downtown. These companies have been drawn to the cradle of the automotive industry, not just because of its existing infrastructure, supply network, abundance of skilled workers or tax benefits, but because of its pivotal role in automobile history, DCBA President Jerry Xu told China Daily in July.

Some of these new arrivals are paving the way for others to follow them.

Stevanovich said a 10-person investment group including business people from Hainan and Jiangsu provinces and a Miami yacht builder has expressed "definite" interest in a proposed downtown Detroit riverfront development. Despite the positive discussion, Stevanovich cautioned that "no deal is imminent".

Lou Longo, consulting partner and head of international business consulting services at Plante Moran PLLC in Chicago, told Crain's Detroit Business that the Chinese see the US, especially Detroit, as a low-cost, high-growth market, particularly for real estate. Chinese commercial real estate purchases in the US totaled more than $3 billion in 2012.

No doubt the Chinese buyers are keeping an eye on Dan Gilbert. The Detroiter's effort to force his hometown to rebound via a breathtaking string of property investments in the core has captured the city's imagination. Through an estimated $50 million in deals, the 49-year-old founder and chairman of Quicken Loans and the majority owner of the Cleveland Cavaliers basketball team now controls 1.7 million square feet in Detroit - the linchpin in Gilbert's plan to create a cluster of entrepreneurial companies that could lure other start-ups away from rival cities.

Gilbert already has shifted 1,700 Quicken employees from the suburb of Livonia into the Compuware building downtown. By year's end, he expects to relocate an additional 2,000 workers into newly renovated office spaces.

"With Chinese investing more, more will be drawn to invest, and this will expand beyond automotive," Xu said. "We've put a lot of effort in making metro Detroit friendly to Chinese investors, and with more work, we could make Michigan better."

When Detroit crawls out of its black hole at last, Chinese investment could end up playing a part in the renaissance.

Is Obama's lack of transparency really his fault?