Executives at state-owned enterprises will see their salaries and expense accounts cut and restrictions put on other privileges.

The top leadership of the Communist Party of China decided on the reforms Friday at a meeting presided over by President Xi Jinping.

The size of the salary cut was not announced, but earlier media reports said it might be as high as 70 percent and that a cap of 600,000 yuan ($97,600) a year could be placed on executives' annual salaries.

Luo Zhongwei, a senior researcher at the Chinese Academy of Social Sciences, said the salary cut is in response to public concerns over excessively high pay for SOE executives.

Giant panda triplets born a month ago at a zoo are healthy and putting on weight.

The cubs - one female and two males - were pink when they first appeared but have started to grow black and white fur, said Dong Guixin, general manager of the Guangzhou Chimelong Safari Park in Guangdong province.

They are the world's first known surviving panda triplets. Panda triplets have only a 1 percent chance of surviving birth.(Photo 1)

The breast cancer rate in Beijing has increased by 90 percent in the past two decades, according to the director of the Peking Union Medical College Hospital's Breast Center.

Most Chinese women who developed the disease were between 40 and 49 years old, Sun said, whereas the age of onset in the United States is around 70. Compared with the US where the breast is saved for about 60 to 70 percent of patients, the rate in China is no more than 5 percent, according to Zheng Minghui, president of the Taiwan Chang Gung Hospital.

Magnates take on Alibaba with a joint venture

Call it the clash of China's billionaires.

Wang, chairman of the Dalian Wanda Group, will control 70 percent of the new venture, while Huateng's Tencent Holdings and Li's Baidu will split the remaining 30 percent.

The conombined wealth of the three is $47 billion, according to the Bloomberg Billionaires Index. (Photo 2)

The purchasing managers' index (PMI) came in at 51.1 in August, down from July's 51.7, according to data released by the National Bureau of Statistics and the China Federation of Logistics and Purchasing.

A reading above 50 indicates expansion, while a reading below 50 represents contraction.

A majority of sub-indices retreated in August, with those measuring production, new orders and purchasing volumes registering the biggest drops.

"The PMI data indicates some downward pressure on the economy," noted Zhang Liqun, an economist at the Development Research Center of the State Council. (Photo 3)

US group warns about anti-monopoly backlash

An American business organization warned that foreign companies in China feel increasingly targeted for enforcement of anti-monopoly and other laws and said investment might decline if conditions fail to improve.

Foreign companies believe they face "selective and subjective enforcement" of anti-monopoly, food safety and other rules, said the American Chamber of Commerce in China, citing a survey that it said showed almost half of the responding companies "believe that foreign companies are being targeted." It said the risk was increasing that China "will permanently lose its luster as a desirable investment destination."

The organization's report adds to mounting complaints about a flurry of investigations of global automakers, technology suppliers and other companies.

Managers at Beijing Airport have pledged to help Chinese airlines improve their on-time performance, which has become a major concern for travelers.

The airport plans to move some domestic flights to airports in neighboring cities such as Tianjin and Shijiazhuang to release more slots for international services, according to one official.

Compared to previous years, more than 80 percent of departures have left on time, said an official.

Beijing airport handles up to 88 flights in a peak hour, putting a heavy burden on its facilities. Bad weather in the summer and restrictions on the use of airspace, which is tightly controlled by the military, continue to affect flights, resulting in complaints from passengers.

The online order is available now only in Beijing and, as of Tuesday evening, had attracted more than 33,000 orders. It remains unclear when the buyers can get the device. A person familiar with the matter told China Daily the first iPhone 6 could be distributed to Chinese customers as early as mid-month.

Online reservations are the usual way that Apple buyers on the Chinese mainland get the first batch of iPhones. On Taobao, the largest consumer-to-consumer e-commerce platform in China, hundreds of stores that are receiving the iPhone 6 are asking for a down payment of about $810. (Photo 4)

Four of China's government departments have jointly launched a crackdown on the illegal gender testing of fetuses and subsequent abortions., marking the first time a number of departments have linked up to tackle the issue.

Sex-determination tests are prohibited because of the traditional preference for having a baby boy rather than a girl.

The sex ratio in 2013 was 117 boys born for every 100 girls, according to the National Bureau of Statistics. Sex-determination tests can be used only for legitimate medical purposes such as checking for genetic diseases,

A woman whose pregnancy meets the State's requirements may have an abortion only if the fetus has a genetic disease or serious defect, or if her life or health would be threatened if she continued.

China will open up the million-dollar state-dominated market of organizing commercial and mass sporting events to private investors, a move that will scrap the two-decades-old rule requiring government approval for such events.

The decision is expected to "unburden enterprises to the utmost and give vitality to all kinds of sporting resources", according to a statement released by the State Council on Wednesday.

Now all sporting events are subject to the approval of China's General Administration of Sport and its local bureaus. Fees are charged based on an event's importance and ability to attract advertisers.

The broadcasting of sporting events also will opened to more media companies. (Photo 5) 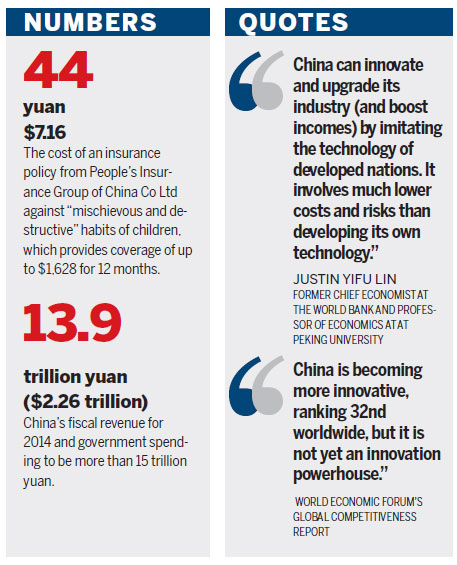 Alibaba to raise $20b in IPO record