The NSA Report: Liberty and Security in a Changing World is out, suggesting 46 specific actions the US government can take to make sure nothing like the Snowden debacle ever happens again.

The ideas range from making the director of the National Security Agency a Senate-confirmed position to improving the vetting of personnel who are given security clearance. Good ideas.

At the heart of the list is "Recommendation 29", which suggests "the US Government should increase the use of encryption and urge US companies to do so, in order to better protect data in transmission, at rest, in the cloud, and in other storage."

In other words, encode everything so that even if loose cannons like Snowden take it public, no one will be able to cipher out what it says. 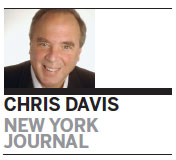 As if on cue, a novel recently appeared out of China that takes readers into the labyrinthine world of cryptography. It's called Decoded and was written by Mai Jia (pen name for Jiang Benhu, 50). Technically it's not a new novel. Mai published it in 2005 in China and it won China's Sixth National Book award, but it is the first of this popular novelist's works to be translated into English.

The story is remarkable and wonderfully told. The hero - Rong Jinzhen - as a child in the 1950s is spotted by his teachers early on to have an extraordinary gift for numbers. He is plucked out of school and taken to the super secretive, somewhat sinister Unit 701, hidden deep in the bowels of a mountain.

As one of the story's half dozen narrators puts it, "To tell the truth, even today I am not entirely sure what department or sector Unit 701 belonged to it was a unit vital to the country's well-being All nations need this type of agency, just as every household has its own first-aid kit."

Rong is put to work decoding a mysterious cipher known only as PURPLE, which has stymied the greatest minds and driven some mad. "Every country, every army has its own secrets: secret organizations, secret weapons, secret agents, secret too many to name. How could a country survive without its secrets? Maybe it couldn't. Like an iceberg, if it didn't have the part that is hidden under the water"

Rong bewilders his handlers by spending his time reading novels and playing chess with one of the geniuses cracked by PURPLE, rather than bearing down on his assignment. But he astonishes them all by one day revealing the secret to PURPLE.

He is praised and revered and his reward is to be put on the even more notorious cryptographic code BLACK, which was deployed by X country (all foreign countries are referred to as single capital letters, leaving readers free to fill in the blanks as their fancy dictates) and "threatens the very integrity of our nation".

BLACK turns out to be diabolical, pushing Rong over the edge: "he began to suspect that the creator of BLACK was a monster gifted with a form or intelligence completely alien to humankind, and since he himself was human, the only way to get close to it would be in his dreams."

The writer reminds us of the historical fact that the scaffolding for the Periodic Table of the Elements came to Dmitri Mendeleev in a dream as well. The world of cryptography has an unwritten rule, we are told: an individual can either create ciphers or crack them. Rong was born to break them, but BLACK:

Not to spoil the ending, suffice it to say the Rong pays a heavy price for bushwhacking into the labyrinth called BLACK and he himself becomes the real enigma that the writer is trying to understand in the end, a conclusion that dramatizes the human cost of high-stakes, cloak-and-dagger mind games.

Mai Jia has been called the Dan Brown of China, but hopefully that tribute only applies to his sales figures. This psychological adventure, part spy thriller, part love story, part delightful puzzle and part grown-up fairly tale, leaves The Da Vinci Code in the dust. And happily, higher math skills are not required on the part of the reader.

We in the West can only hope that the master linguists who created this flawless and graceful translation - Olivia Milburn and Christopher Payne - are at work on more of Mai Jia's books.