An opportunity to strengthen US-China Ties 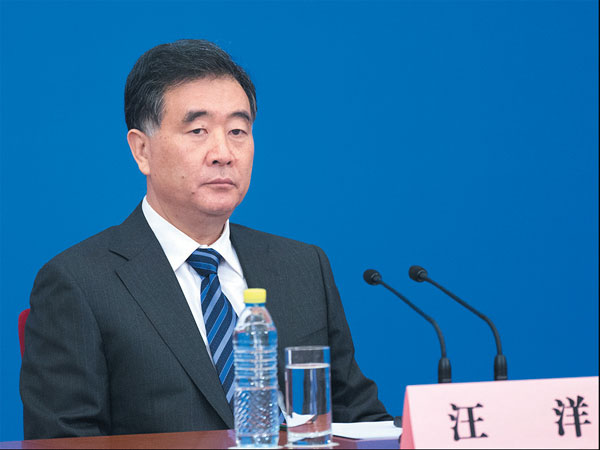 The fifth round of the China-US Strategic and Economic Dialogue will be held in Washington, DC, on July 10 and 11. It is another important step forward taken by the two governments in their efforts to build a new model of major-country relationship after President Xi Jinping and President Barack Obama met at the Annenberg Estate in California last month.

Bilateral business has been the anchor of China-US relations. Over the past 34 years since the establishment of diplomatic ties, two-way trade in goods has increased by 198-fold. China is now the fastest-growing export market for the US, and the US is the second-largest trading partner of China after the European Union.

A growing number of Chinese enterprises have invested in the US. The Wanxiang Group, for instance, has set up 26 automotive-components factories in 13 states and employs more than 12,000 Americans. More than 60,000 US enterprises have invested in China-including McDonald's, Wal-Mart and Starbucks. Many Chinese households use Microsoft software, make calls on Apple iPhones, and drive General Motors cars. Deepening economic ties have boosted the growth of both countries, creating more jobs and bringing tangible benefits to the people of both nations.

Yet the expanding business ties have also led to disagreements and doubts. Some Americans have complained that the Chinese have taken their jobs away and that Chinese companies have stolen US intellectual property. And some Chinese wonder why their country's corporate investments in America have suffered setbacks time and again, even as the US is actively trying to expand employment. Why should the US keep talking about its trade imbalance with China while refusing to lift controls on high-tech exports to China? 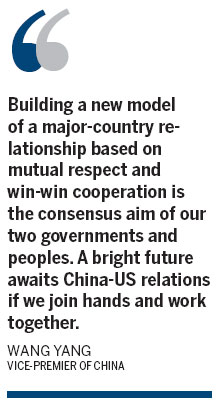 The huge difference between conditions in both nations means that people in each one will naturally see things from different perspectives. When they perceive that the countries' interests do not coincide, friction is inevitable. The only way to resolve such disagreements is to enhance communication, deepen mutual understanding and promote mutual trust.

That is why economic dialogue between the governments is needed. Since the first round of the Strategic Economic Dialogue in 2006, bilateral trade has surged to about $500 billion last year, from $267.6 billion. This shows that China and the US are closely connected, and that neither country can thrive without the other.

It is China's basic state policy to open wider to the outside world. By learning from the successful experience of the US and other countries, China has unleashed the immense potential of a market with 1.3 billion people. Over the past five years, China's consumption as a share of its GDP shot up to 51.8 percent from 39.6 percent, and the share of its service sector rose to 44.6 percent from 41.9 percent of GDP. Its current account surplus has dropped to 2.3 percent of GDP from 10.1 percent. In the coming five years, China's growth will generate more business opportunities for the US and the world at large. China-US economic cooperation and trade has great prospects.

At present, with the global economic recovery remaining unsteady and unbalanced, both nations face challenges as well as opportunities. China is the largest developing country in the world, and the US is the largest developed one. Economic cooperation and trade will benefit our two peoples and contribute to global economic recovery and growth. Building a new model of a major-country relationship based on mutual respect and win-win cooperation is the consensus aim of our two governments and peoples. A bright future awaits China-US relations if we join hands and work together.

The author is a Vice-Premier of the State Council of the People's Republic of China.