More Chinese FDI set to pour into US

The announcement last week that China's National Development and Reform Commission had approved the acquisition by Dalian Wanda Group of AMC Entertainment Holdings is the latest sign that a new influx of Chinese foreign direct investment into the United States may be underway.

Wanda, China's biggest movie-theater chain, struck a deal in May to buy AMC, the No 2 cinema operator in the US, for $2.6 billion. The merger, which could receive US regulators' approval later this year, forms the world's biggest cinema chain.

In late April, China Petroleum & Chemical Corp, or Sinopec, said it had completed its $2.4 billion acquisition of one-third of the equity in Devon Energy Corp's five shale gas assets in the US.

Despite the possibility of an economic slowdown in China and ongoing political and trade frictions between the countries, experts in the US remain confident that Chinese FDI will increase.

The upward trend was disrupted last year when Chinese FDI in the US dropped to $4.5 billion from $5.2 billion in 2010, according to the New York-based Rhodium Group research firm.

But 2012 will be rife with China-to-US investment, predicted Karl Sauvant, author of Investing in the United States: Is the US Ready for FDI from China? and a senior fellow at Columbia University's Vale Columbia Center on Sustainable International Investment.

Clarence Kwan, formerly a senior partner in Deloitte LLP's Chinese services group, who has helped companies from China expand to the US since the 1980s, said increased FDI is likely in coming years. He compared the expected influx to the flood of Japanese investments into the US some 30 years ago. Japan's FDI in the US hovered around $1.4 billion a year in the early '80s but within seven years hit $18 billion.

"Many of us ask the question of when Chinese investment will replicate that kind of growth rate. And then how do you capture that type of investment," Kwan told a seminar at the China Institute in New York. 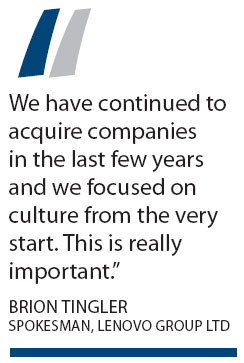 Kwan based his conclusion about FDI on what he regards as new motivations and strategies of Chinese companies.

When it comes to Chinese FDI, Western news media tend to highlight the search for natural resources, Kwan said. But he sees a trend of Chinese enterprises coming to the US to acquire technology they can use back home to gain a competitive edge.

"It's a very good acquisition," Kwan said. "It's only $400 million but allows AVIC to acquire a top-notch-operation company with penetration to all major automakers, and at the same time help bring them back to China."

He described the Nexteer deal as a classic example of a Chinese State-owned enterprise making a significant US acquisition to strengthen its market position domestically.

Wanxiang Group, an auto-parts manufacturer that started investing in the US in the early 1990s, is another success story, according to Kwan. After multiple acquisitions of distressed auto-parts companies, Wanxiang now generates $2 billion a year in revenue just in the US. It is also moving into cleaner energy and electric cars, of which China and the US are potentially the two biggest markets in the world.

Kwan believes more Chinese companies will invest in hopes of breaking into the US market, pointing to the Wanda-AMC deal.

As for the US market, he expects that deep-pocketed SOEs from China will maintain an opportunistic approach to big acquisitions while private companies, particularly those listed on stock exchanges, continue investing steadily.

Increasingly, Chinese are moving assets to the US through real estate purchases, said Kwan, who says these are the result of "wealth-preservation motivation."

Viking Weiqiong Tao said Dallas-based law firm Kane Russell Coleman & Logan, where she is a director, has received more investment inquiries from Chinese companies in recent years than ever before, representing a variety of industries.

Tao, a graduate of Peking University's law school, believes a slowing of the Chinese economy could actually mean more outbound investment to the US and other foreign markets.

"If the economy slows down," she said, "and domestic demand is going to decrease and competition becomes fierce at home, you want to go to new markets including the US."

Brion Tingler, a North Carolina-based spokesman for Lenovo Group Ltd, said the Chinese electronics giant's experience in taking over the PC business of International Business Machines Corp proves that Chinese companies can acquire and manage large, complex foreign peers. He stressed that achieving such success is part of a learning process and that Lenovo navigated the challenges of not only acquiring but also integrating the IBM operation into its own.

For example, after Lenovo bought the IBM unit in 2005, the two companies took several years to resolve differences in their business cultures, which included divergent views of budgets and targets.

"We have continued to acquire companies in the last few years and we focused on culture from the very start. This is really important," Tingler said.

"It's like a marriage: Bride and groom get really excited about the wedding but fail to communicate about how they are actually going to make this marriage work after the honeymoon," he said.

He said Lenovo's IBM experience is a model not solely for Chinese companies but for any company out of any of the world's emerging markets.

Tao, the Dallas lawyer, said Chinese companies are paying more attention to the principle of corporate social responsibility. "Some are purely pushed by outside pressure, because if you don't comply with certain codes of conduct, you are not even allowed to join the bid" for an investment, she said.

Tao said mergers and acquisition are a shortcut for Chinese companies to penetrate the US market. She isn't worried about resentment among Americans over foreign M&A.

When ground was broken last August for Tianjin Pipe Group's $1 billion pipe factory in Gregory, Texas, local leaders and residents applauded. The factory is expected to create hundreds of jobs and $2.7 billion in economic impact for communities along Texas' Gulf of Mexico coast during its first 10 years of operation.

Governors and mayors from across the US have visited China in droves in recent years, seeking investment, including at the China-US city mayors' forum in Nanjing two weeks ago. Such enthusiasm contrasts to the noise often heard on Capitol Hill.

At the federal level, President Barack Obama's administration has been actively seeking foreign investment by launching the SelectUSA Initiative. According to a report from the Organization for International Investment, a trade group, the US subsidiaries of foreign companies directly employ 5.3 million Americans, including 2 million in manufacturing. These subsidiaries also account for 21 percent of all US exports.

Columbia University's Sauvant believes a bilateral investment treaty, or BIT, between China and the US may be in the offing. The two governments promised to continue talks toward a BIT. In the US, many have urged the federal government to be more active in seeking a share of China's outbound investment, which is expected to reach $1 trillion by the end of this decade.

If the US doesn't act swiftly to improve bilateral investment conditions, it might continue to lose Chinese investment to Europe and other regions, warned Sophie Meunier, of Princeton University's Woodrow Wilson School of Public and International Affairs.

"The US must avoid incorporating reciprocity into consideration of its openness to FDI," Meunier wrote in Columbia FDI Perspectives. "Inward FDI, exempt a legitimate security issue, should be encouraged no matter its country of origin."