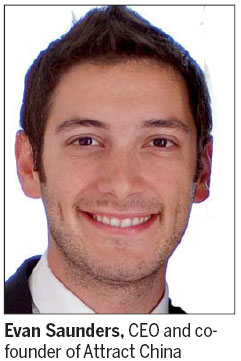 Zhang Xu can tell that the Boston area's higher-education institutions are a tourist magnet - just by glancing at the campus of Massachusetts Institute of Technology.

"I can see Chinese travelers walking around and taking pictures nearly every day," said Zhang, the president of the MIT Chinese Students and Scholars Association.

While Boston's key role in the American Revolution annually draws thousands of history enthusiasts to the region, the local tourist trade also gets a boost from people visiting Massachusetts' world-ranked colleges and universities, part of the state's acclaimed public and private education system. An increasing number of Chinese families book tours in the Boston area, allowing them to check out area campuses before choosing an institution of higher education for a child.

Samuel Chong, the manager at Best Service Chinese Travel Agency, which provides Chinese travelers with bilingual tour guides, said many Chinese parents dream of their children attending a top US university such as Harvard or MIT. "They (Chinese parents) are willing to join a one-day campus tour with their child," said Chong. "(Chinese tour guides) will walk them around the Harvard campus and MIT campus."

Wang Xiuying, a Shanghai native with a 16-year-old daughter, said her family plans a US trip next summer to Harvard. "We hope (our daughter) will be attracted by the outstanding atmosphere there and study harder," Wang said.

In 2011, Massachusetts welcomed 139,000 Chinese travelers, the third-largest group internationally, after Canadian and British travelers. Globally, the number of Chinese travelers overall increased 35% in 2012, compared with 2011.

High Chinese tourism rates are partly due to the ease in recent years with which Chinese travelers have been able to obtain a visa. According to the China Tourism Academy, Chinese citizens made 70 million trips abroad in 2011, up 22 percent from 2010's 57.4 million.

When families visit the region's universities, they prefer to use a bilingual tour guide, according to Evan Saunders, CEO and co-founder of Attract China. Attract China is a Boston and Beijing-based travel agency which helps Boston local business attract more Chinese travelers. Saunders said the market opportunity that Chinese travelers represented to him convinced him to start his business in 2011.

Individual bilingual tour guides, however, don't come cheap. According to the Best Service Chinese Travel Agency's website, the base cost for a bilingual tour guide is $600/day, plus food and transportation. But a bilingual guide, generally a local student, "can talk to our daughter during the trip, and maybe shares her experiences and tips for applying to top US universities," Wang said.

Chong said a tour guide can talk to clients before they come to Boston. Then, the guide can make a detailed travel plan for the family. On travel day, the tour guide will stay with a family and only serve that family, Chong said.

The high price, however, can cause travelers to consider other tour-guide options.

"We contact local students in Boston via Weibo," the popular Chinese Internet search engine, said Huang. "She only asked for $300/day."

For a student, becoming a part-time tour guide is a great way to make pocket money. "It is my way to relax," said Alex Deng, who goes to MIT. "Plus the pay is high."

Chong said the three most popular attractions for Chinese travelers in Boston are Harvard University, MIT and any restaurant where lobster is cooked well.