For 35 years, Beijing and Washington have been working on their relationship. At times, economist Stephen Roach has written, the world's two largest economies resemble a co-dependent couple locked in an uncomfortable embrace. Those bumps in the road, though, are important in fortifying the union.

Latest example: A statement by the head of China's agricultural policy bank, Zheng Hui. Zheng recently urged China to cut grain and cotton imports to reduce excess inventories. The statement by the president of the Agricultural Development Bank of China, a unit of the People's Bank of China, which funds projects related to economic growth, is sewing "uncertainty" in the US marketplace. That's according to Steve Verett, vice-president of Plains Cotton Growers Inc, representing cotton growers from the Texas High Plains.

"The fact of the stockpile being there is causing uncertainty and then any news like this creates even more," Verett told China Daily in an interview last week. His group produces 60 percent of Texas cotton and nearly one-quarter of the nation's cotton. China is the largest importer of US cotton.

What gives Texas growers fits is the existence in China of a floor that keeps cotton prices above a certain level and reduces price volatility. The government's 2006 decision to establish that floor, combined with its buying of wheat, corn and cotton when prices dip below the floor, has contributed to a surplus of cotton and grain in China. The excess inventory also stems from the government's boosting of grain production from 2005 to last year by subsidizing Chinese farmers at a cost of 73.9 billion yuan ($12 billion).

In the US, as in the European Union and Japan, farm product prices are driven by supply and demand in the marketplace and commodity markets such as the Chicago Board of Trade and Tokyo Commodity Exchange Inc. Zheng's remarks that trimming imports would free up more storage space for excess grain and cotton are "discouraging" for US growers, given China's large purchases in the US market, according to Verett. Yet Zheng's comments have the US cotton market, not in a tizzy, but in a holding pattern pending more news. "This news has been out there for days, and you haven't seen cotton go down significantly at all," Verett said. "It's trading in the same range it's been in for the last three or four weeks." 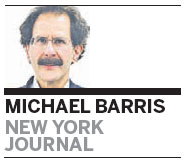 The market has been bracing for some announcement from China regarding restrictions on cotton and grain imports for some time. Three weeks ago, commodities analyst Mike Zerembski write on the website of The Options Insider that for cotton traders, "the focus will likely continue to be on China, as the world's largest consumer of this commodity is in the early stages of a potential shift from being an aggressive buyer to support government-held stockpiles towards possibly releasing some of its reserves into the domestic market".

Zerembski said the timing of this shift is "keeping cotton traders and producers up at night, as a rapid release of stockpiles could depress global prices. But a gradual shift away from aggressive purchases could still support prices, as supplies outside of China are rather tight".

The analyst wrote that increases in cotton production this year "could become an issue for producers later this season should Chinese buying decrease sharply, which would allow global stockpiles outside of China to swell and potentially cause a fairly sharp decline in new-crop prices if China is not willing to absorb excess global inventories".

The issue surfaces as China endeavors to dispel US fears that China might pose a threat to the US economy, in the wake of 2013 statistics showing China surpassed the US as the world's largest trading nation. Premier Li Keqiang, in talks with US Secretary of State John Kerry, has emphasized the importance and urgency of completing the China-US bilateral investment treaty negotiations and expanding substantive cooperation on a green economy.

The UK-based BRICS Post, an international news and views website, cited data from New York-based investment consulting firm Rhodium Group showing that in the next decade, Chinese outward direct investments will range from $1 trillion to $2 trillion. Many Chinese entrepreneurs aiming to "go global" are much more ambitious to obtain high-valued assets in the US as well as other advanced economies, according to the BRICS Post article.

The point? Zheng's comments may cause uncertainty, but this is no doubt an inevitable part of the evolution of the US-China relationship. The optimistic view says a stronger relationship ultimately will result.

No one ever said building relationships was easy.

Jewish holiday of Purim celebrated in US

US not to recognize Crimean referendum

WeChat to take on WhatsApp

Alibaba opts for IPO in US