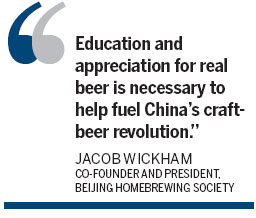 US claims neutrality over islands

Efforts 'needed to ensure wider use of renminbi'