The bitter truth about too much sugar leaves bad taste

US first lady Michelle Obama was in the news recently, unveiling proposed changes to the way American food and drink manufacturers label what's in the stuff they sell.

The food industry has been suspected of using all sorts of tricks to spin the current reporting required by the Food and Drug Administration - the most common being posting the number of calories, amount of trans-fat, sugar and sodium, and then in small print adding "per serving". You then have to put on your glasses and read the fine print to find out, lo and behold, the bag of goodies you're holding in the palm of your hand is actually four servings, that little bottle of juice is two, and so on.

"The truth is," Michelle Obama said at a press conference, "too often it's nearly impossible to get the most basic facts about the food we buy for our families."

Under the rules, if they are adopted, soda makers will no longer be allowed to break their 20-ounce bottle of pop down into two-and-a-half 8-ounce servings, but rather have to give the total calorie count - which, in some cases, will increasing the number by 150 percent.

Added sugar has been targeted as the culprit in America's obesity epidemic. According to Kathleen Sebelius, US Health and Human Services secretary, obesity among US children tripled between 1970 and 2005 and it's estimated that by 2020, almost half of all Americans will be obese.

The new guidelines aim to do something about it and the biggest pushback from the food industry in getting the changes approved is expected to be over sugar - how levels are displayed on packages. Manufacturers will be required to estimate how much extra sugar they have added to a product, and keep records for possible audit by the FDA.

This strategy targets yet another sleight of hand food manufacturers have been using for years to fudge reality and pull the wool over consumers' eyes. Under contents, food manufacturers are required to list ingredients by proportion in descending order. In other words, the most dominant ingredient comes first, second most next, etc. To boost the sugar content of an item, manufacturers simply use other forms of sugar - molasses, beet sugar, cane sugar, honey, high-fructose corn syrup - so they appear further down the list, shuffled in and less conspicuous. 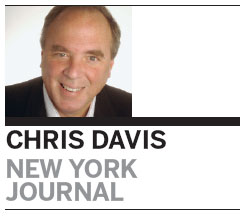 Sugar is sugar, no matter where it comes from, and it adds up. Sugar is just not good for anybody in any way, shape or form. Diets high in sugar trigger the pancreas to pump insulin overtime, which can lead to diabetes and all of the ills that come with it - blindness, kidney disease, heart disease, sexual dysfunction, colon and breast cancer.

And it makes you fat. A study at Harvard University found that consuming the extra 150 calories in a typical can of soda per day - a can of soda contains seven to 12 teaspoons of sugar - will lead to a gain of 15 pounds of body weight in a year.

The food and beverage industries - who really don't want us to eat and drink less - know what sells and sugar, along with salt, being the primary stimulants of our taste buds, sells. Both substances are being blamed for a host of maladies in the US and worldwide. And both enjoy a special status with the US Department of Agriculture called GRAS, or "generally regarded as safe", which means food and drink makers can add as much as they want to their products. Sounding the alarm of epidemics of obesity and heart disease, many health officials are calling for a removal of sugar's GRAS status (and salt's) and regulated it like tobacco.

A recent study by IBISWorld research says that China has become a major sugar-consuming country along with increases in consumer incomes and the rapid development of many downstream industries.

Sugar demand by Chinese consumers is steadily growing, "growth being stimulated by increased use of sugar as an ingredient in food and beverage products, as well as an additive to foods and drinks", the study found. Sugar is a $19 billion industry in China - with 294 businesses employing 152,711 people - and is growing at 13.8 percent.

All this while demand for sugar for food consumption is declining in developed countries.

China has also passed the EU to become the second-largest consumer of sugar worldwide (second to India). Both sugar leaders would do well to learn a lesson from the US' over-consumption of the sweet stuff (and the salty stuff too).

Sugar certainly makes most things taste better, but it's with the health effects that things start to get sticky.

The bitter truth about too much sugar