US furniture makers seek to turn the tables on a trend 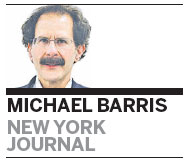 For nearly four decades, furniture makers from China and other Asian countries have been grabbing market share from US producers. With their ability to dip into a huge pool of cheap labor, Asian producers have been able to undercut US rivals on price and become the industry's dominant group.

But now China has become the linchpin in a strategy of at least two US producers to snatch back market share. Ethan Allen Interiors and Ashley Furniture are boosting their presence in China, hoping the country's famous love for US goods will translate into increased sales - even as China's breakaway economic growth slows.

Ethan Allen's CEO, the refined Farooq Kathwari, told an audience at New York's Asia Society last week that the Connecticut-based furniture maker will, by year's end, increase the number of stores in China carrying Ethan Allen products to at least 100 from the present 77. The chain founded in 1932 by two brothers-in-law sells its furniture in China mainly through Markhor International Furniture Co, a distributor based in the city of Urumqi, in the Uygur autonomous region of Xingjiang.

At Ashley Furniture, the privately held, 70-year-old Wisconsin company aims to open 15 new stores in China owned by licensed local entrepreneurs, the Wall Street Journal reported. Ashley, which has been buying furniture from China for three decades and selling it in the US, opened its first store in China, in Shanghai, in May 2012.

Ashley prices furniture more cheaply than Ethan Allen, selling sofas, for instance, in a range of $300 to $1,500, compared with $1,500 to $3,000 at Ethan Allen. Ethan Allen retails furniture in the same range as Pier 1 and Raymour & Flanigan, but below premium brand Safavieh, according to a blog entry by analyst Shrideep Murthy on the Seeking Alpha investment-research website.

Stroll into the Ethan Allen Interiors store on New York's Upper East Side, and you can see how the publicly traded chain's big ambitions just might be realized in the Chinese market, where newly wealthy buyers are drawn to luxury cars, expensive art work, and other things of beauty. Although its chairs, tables and other items may not be the priciest, they look it. For this reason, Murthy ranks EthanAllen "at par" with Safavieh, and "above Pier 1 and Raymour & Flanigan".

But these moves by Ethan Allen and Ashley Furniture likely will not do much to reverse the import flows that have diminished the once-mighty US furniture industry. From 1990 to 1995, furniture imports to the US grew by 62 percent, according to government statistics. By 2011, imports accounted for 63 percent of the $34.5 billion US wholesale furniture market - a 41 percent jump from 2002. In the first 10 months of 2012, the US imported about $29.7 billion of furniture and bedding, while exporting $4.8 billion.

If things weren't bad enough, the US housing downturn tied to the credit crunch of 2008 and 2009 wreaked even more furniture-industry havoc. After generations of profitability, Ethan Allen - whose shares trade on the New York Stock Exchange - suffered severe losses in 2009 and 2010. Furthermore, its large exposure to China and the slowdown in the Chinese economy have actually cut sales. For the quarter ended March 31, Ethan Allen sales were $168.1 million, down 12 percent from the $191.3 million of the prior quarter, ended Dec 31, 2012.

Nevertheless, the company is counting on China's hunger for US goods to pull it out of the slump. Research released last fall by the Boston Consulting Group found that the rising middle class in China prefers US goods to Chinese-made products because of their perceived higher quality and durability. What is more, 61 percent of the 1,000 people surveyed in China said they would pay more for US products. Ethan Allen is betting that its practice of making furniture on a custom basis will satisfy Chinese buyers' craving for beauty they can't find elsewhere.

As CEO Kathwari told the Asia Society gathering, every product is unique, sustained by the lure of Ethan Allen's 80-year-old brand name. "If you're just selling a product as a commodity, whether in the United States or in China, it's hard," Kathwari said. "If you sell it as part of a quality brand, supported by service that differentiates you, especially in China".

While the idea of shipping furniture produced at Ethan Allen plants in Mexico and the US to China sounds like bad business, considering the distance as well as China's existing, efficient network of factories and suppliers, Chinese furniture plants typically aren't set up for the customized upholstery options that are a mainstay of Ethan Allen's service. For now, Kathwari said, Ethan Allen can handle that custom business from North America.

If the strategy pays off, China's appetite for beautiful things will help Ethan Allen and Ashley Furniture win back at least a little of that market share lost to China and other Asian producers. Turning the tables, you might say.

Obama orders US to review aid to Egypt

China to strengthen ties with Uganda