The consumer may benefit, but new vehicle-warranty laws could hurt small local automakers who lack the financial means and engineering know-how to meet the new standards, analysts said.

Under the "lemon law" that took effect Tuesday, consumers get free repairs and replace defective vehicles. For instance, steering or brake problems that go unresolved after two repairs within a two-year, 30,000-mile warranty period will bring a full refund or vehicle replacement.

Dave Zoia, editorial director of the Ward's Auto news and information website, told China Daily that while major auto brands such as General Motors Corp of the US and Japan's Toyota Motor Corp could handle the stiffer laws comfortably, smaller, little-known car makers with less stringent quality control could be caught in a squeeze.

More than one out of five Chinese children aged 5 to 6 say they intend to smoke when they grow up.

That is one of the key findings of a study from Johns Hopkins Bloomberg School of Public Health published in this month's Pediatrics. Researchers looked at the age group's recognition of cigarette brands' logos and labels in six low- to middle-income countries (Brazil, China, India, Nigeria, Pakistan and Russia).

In the category of intention to smoke when they grow up, only India's children, at 30.2 percent, topped Chinese children's 21.7 percent. In contrast, Nigeria was at 10 percent, Brazil 8 percent, Pakistan 5.3 percent and Russia 3.5 percent. 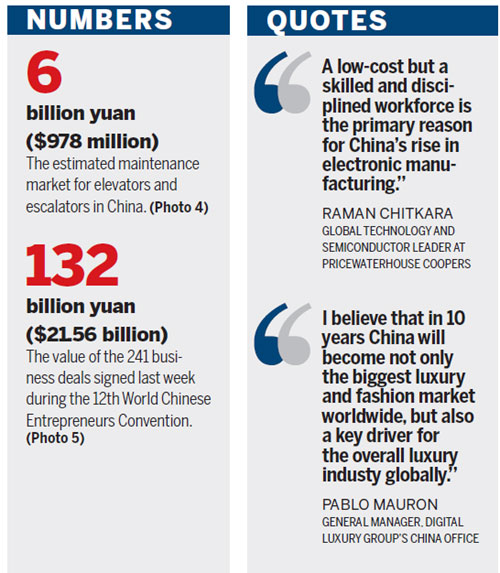