US needs to do more to attract foreign direct investment: UHY study

The United States, the world's No 1 economy, is lagging behind most major economies - including some of the least developed and emerging ones - in attracting foreign direct investment (FDI), according to findings from a new study by UHY, an international accountancy network.

The study looked at net FDI inflow over the last five years in 33 major economies, measuring how successful they have been in attracting FDI in relation to their GDP.

The US - ranked No 29 on the chart - has attracted FDI the equivalent of 6.6 percent of its gross domestic product ($1.043 trillion), compared to a 17 percent global average, a 10 percent BRIC (Brazil, Russia, India and China) average and a 20 percent European Union average.

Rick David, executive vice-president and Chief Operating Officer at UHY Advisors, Inc, said the findings should take into consideration of the scale of the US economy as a whole.

"While the US attracts an enormous amount of foreign investment, the size of our existing economy is quite large and, therefore, as a percentage of GDP,the amount of FDI may appear less significant than that of other countries, the amounts are still larger than any other entity," David noted.

The study finds that the US imposes relatively high tax rates, which is a disincentive to investors. Foreign investors acquiring a US company or assets may also have to comply with complex bureaucratic hurdles to gain approval.

"Lowering our relatively high corporation tax could help attract more international businesses to invest in the US," David said.

The US also lagged behind neighboring Canada, which attracted FDI equivalent to 11 percent of its GDP, as well as emerging markets India (No 22), China (No 27) and least developed economy Nigeria (No 11).

India and China, however, should look into loosening their investment restrictions to increase their FDIs, according to David.

"If it wasn't for the sheer size of the consumer markets in India and China, many foreign businesses would be hard pressed to invest in these economies," said David.

"Further, as industries continue to become more technologically focused, the protection of intellectual property is a prime consideration when determining when and where to invest in foreign locations," he added.

Ladislav Hornan, chairman of UHY, said smaller economies such as Singapore and Ireland can "punch well above their weight by offering significant tax incentives to companies choosing to locate there".

But those tax incentives only work in these particular economies because they also have a well-educated workforce, strong infrastructure and the sophisticated ecosystem of suppliers that a multinational needs when it decides to locate to a country, Hornan added. 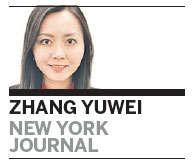 "Many countries continue to impose investment restrictions, burdensome currency regulations and the like and these artificial barriers only serve to deter future investment," said David.

The country that tops the chart is Belgium, which has been particularly innovative in its tax legislation to attract international companies, according to the study. Belgium, for instance, has generous tax breaks for R&D and investment in capital goods, as well as fiscal incentives for employment.

Singapore, No 2 on the chart, is the best-performing Asian country in the study. UHY explains that several countries, such as Ireland and Singapore, have been "enormously" successful in setting up favorable tax and regulatory environments that have encouraged companies to establish regional headquarters.

"Free trade is a very strong determinate in the success of attracting FDI," said David. "If our economy continues to expand, the demand for products and services will continue to increase and often, foreign-based entities step in to meet the demand."

Chinese investment in the US has been on the rise. It doubled last year to $14 billion, driven by large-scale acquisitions in food, energy and real estate, according to research firm Rhodium Group.

"As one of our largest trading partners, Chinese-owned entities play a significant role in FDI in America," David said.

"As they become better known to ourmarketplace and develop additional knowledge of the US-based customer, their market share can only increase," he added.

US drama tells much about China