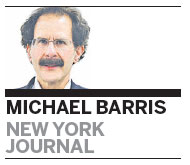 The Asia Society's annual corporate survey is a good gauge of how Asian Pacific Americans (known as APAs) feel about their career-growth prospects in the world's largest economy. The organization's latest report, however, goes into new territory by finding that APAs now view acceptance of their distinct cultural traits in the workplace as their major requirement for job satisfaction.

The fourth annual study, released last week at the New York-based society's Diversity Leadership Forum, found that more than 40 percent of Asian-Pacific Americans - a group defined as including both Asian Americans and Pacific Islander Americans - either feel they don't belong in the company they work for or are indifferent on the issue. Sixty-one percent, up 4 percentage points from a year ago, feel good about their career prospects, the study found.

Panelists in the forum in midtown Manhattan saw the emergence of cultural acceptance as the key driver of job satisfaction - displacing the long-time engine, career growth prospects - as signaling an increase in expectations among APAs in the workplace.

"It's not a surprise. We all want to be accepted for who we are," said Linda Akutagawa, president and CEO of Leadership Education for Asian Pacifics Inc. With social media tools such as Twitter (or its Chinese counterpart, Sina Weibo) giving consumers the power to communicate opinions about organizations instantly, "transparency is forcing people (in business) to be more authentic", Akutagawa said.

Entrenched in the uneasy place they occupy in corporate America, Asia Pacific Americans now feel, "If they can't get satisfaction, they don't want to keep working there," said Akutagawa, whose organization, LEAP, strives to develop leaders within Asian and Pacific Islander communities worldwide.

The study's finding underscored the need for US employers to invest in programs that address the group's "unique cultural heritage". On that note, panelist Manolet G. Dayrit, a partner at accounting firm KPMG LLP, said that "when people can come to work and be their whole selves, it drives creativity". That feeling in turn fosters an "innovative" environment which can drive customer satisfaction, Dayrit said.

It will take more than fostering a culturally sensitive work environment to increase the number of APAs in senior management positions, the conference was told. Despite Asians' making up 5 percent of the US population, a 2011 study by the Center for Work-Life Policy found that less than 2 percent of Fortune 500 CEOs and corporate officers included Asians. The new report spotlighted the issue of increasing offerings of mentoring, sponsorship and career coaching programs for APAs, finding less than half of those surveyed said their company offers advancement programs tailored to their special needs.

But Sanjay Correa, vice-president of CMC program with GE Aviation, and the co-leader of the APA Affinity Network, says APAs shouldn't wait for companies to provide mentorship program to help them move up to the next level. "If you don't have a mentor or people challenging you, go find one," he told the panel.

Akutagawa also emphasizes the importance of understanding what, exactly, an organization considers an appropriate approach to leading others. "There is a prevailing leadership style," she told the conference. "If you don't figure it out, and jump into it, you may not be seen as a leader."

APAs certainly don't lack the educational credentials to manage. According to the Asia Society report, the fastest growing group in the US possesses double the number of professional degrees of Americans. But old stereotypes of Asian workers as unassertive and lacking in leadership potential apparently die hard, despite demonstrated skills and dedication, thwarting some management dreams.

Having Asians in influential positions in an organization just makes good business sense. As the conference was told, the more that firms grasp the growing impact of emerging nations such as China on the world, the more they will see why it's important to have Asians on a leadership team - at least to stay competitive in the global market.

In the end, establishing one's credentials to lead in business may require a demonstrated willingness to fight for advancement, a panelist said. "Sometimes, you have to bang heads," Sanjay Correa said. "In Asia, we're not street hustlers, but that gene is important out there in the business world."

US welcomes China's engagement in Africa

Obama orders US to review aid to Egypt