PBS SoCal is getting ready to present a new five-part documentary next month entitled China's Challenges and if the first installment is any indication, people interested in contemporary China are in for a treat.

The producer and on-camera host is Robert Lawrence Kuhn, an international investment banker and author of How China's Leaders Think: The Inside Story of China's Reform and What This Means for the Future.

Kuhn is an expert on China and a competent guide. Dressed in black, he wades into crowds in Beijing, waits in lines in Shanghai, sits with school children, and takes viewers right into the everyday lives of everyday people in China to explore the realities behind well publicized issues.

So, Kuhn asks: Are the Chinese people really happy? And he goes looking in four key areas where there are stark imbalances between coastal-inland, urban-rural and rich-poor divides in China's vast population: healthcare, education, housing and retirement. 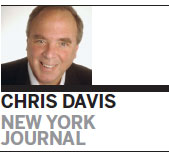 Kuhn visits the waiting room of Renji Hospital, one of Shanghai's best, and it is packed, with half the people there having traveled from outside Shanghai and many having already been waiting for three hours.

Shi Weiren, deputy director of the hospital's outpatient department, explains that on a typical day, the hospital sees about 8,000 to 10,000 patients, who typically wait for hours to see a doctor for about five minutes. Ren Ji hospital was designed to treat 2,000 patients a day max.

Dropping in on surgery, chief surgeon Wang Jian says that their three doctors handle about 200 patients a day just in the outpatient department, plus surgery. He works 12 hours a day.

"Too many people, too few resources" is a refrain viewers will grow familiar with.

Hospital director Li Weiping says the main problem with the nation's healthcare system is in how medical resources are outlaid.

To dramatize the point, Kuhn wanders down the street to Pudong Tangqiao Community Hospital, which is practically empty. Why don't people walk a few steps and get care quicker?

General practitioner Li Donghua explains that they have about 80,000 patients, all local residents, and 14 family doctors. But it is not as crowded as Renji, she says, because "many people, especially young people, don't trust our doctors' abilities".

One elderly patient tells Kuhn that doctors in big hospitals are so busy they have already prescribed your medicine before you have even finished telling them your symptoms. In smaller community hospitals, doctors care about their patients.

In exploring the question of whether or not education in China can ever really be equal, Kuhn ventures out to rural schools and at one, where students' futures are probably not as promising and wide open as their parents might wish, he asks a group of children what they want to be when they grow up: One girl says she wants to be a musician, another that she wants a PhD degree. A boy says he wants to be an astronaut. "You're going to have to study very hard," Kuhn tells him.

"Though China's leaders are focused on solving it, unequal education - born of social imbalances - remains one of China's most divisive problems," Kuhn tells us walking on.

On the housing issue, he explores the government's dilemma of how to control housing prices without destroying the real estate market.

One problem again has to do with expectations: Most young people believe that home ownership, even if it's just an apartment, is a prerequisite to getting married. China's home ownership now is larger than any other country in the world. Can China's leaders readjust those expectations like those so that newlyweds instead rent for a few years and accumulate capital before getting into the market?

The final segment tackles the nation's concern over retirement. China's leaders have told Kuhn that they need to stimulate the domestic economy by increasing consumption. The problem is, Chinese people don't like to spend their money, they like to save it. Why? Because they worry about retirement.

Visiting a nursing home in Shanghai, where 25 percent of the population is elderly. The center cared for that housed 110 seniors with a staff of 37 and 45 rooms. He asks a group how many are over 80 years old and practically every one of them raises a hand. Due to the shortage of nursing homes and waiting lists, the government has proposed that 90 percent of the elderly stay at home. But how can they when the younger people are so busy with their careers?

There are no easy answers.

Chinese leaders reassure that reforms are real, change will come and the Chinese dream will come true, Kuhn says. "High expectations is a double-edged sword," he concludes. On one edge, leaders have more political capital to affect reform. "On the other edge, the Chinese people - holding a billion cell phones - are watching closely. High expectations unfulfilled can be combustible."

If the remaining four episodes of the series live up to the caliber of this first one, a wonderful window into China will be thrown wide open.